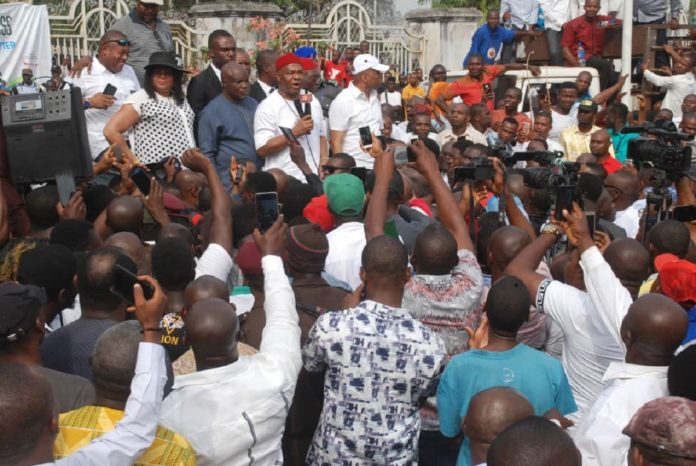 Imo State Government House landscape and beyond on Monday witnessed peaceful massive solidarity for Governor Hope Uzodinma over his victory at the Supreme Court.

Though organized by All Progressive Congress (APC) faithful, other Imolites who attest to the sincerity of purpose of Governor Uzodinma in moving Imo State to a higher ground of prosperity did not have a choice than to join in the peaceful procession hat kicked off from the Hero’s Square and terminated at the Government House.

Addressing the people, Governor Uzodinma stated that members of the Peoples Democratic Party (PDP) who protested his mandate may have done so in futility and therefore called on the Federal Government to investigate the matter and those behind the coordinated demonstration.

Governor Uzodinma, recalled his ordeal and travails during the events that led to the March 9, 2019 election and urged Imolites not to entertain fear but to go about their normal businesses without fear or favour as he is already seated as substantive Governor of the state. He said that the unity of Nigeria supercedes any other interest, adding: “I am in-charge now.”