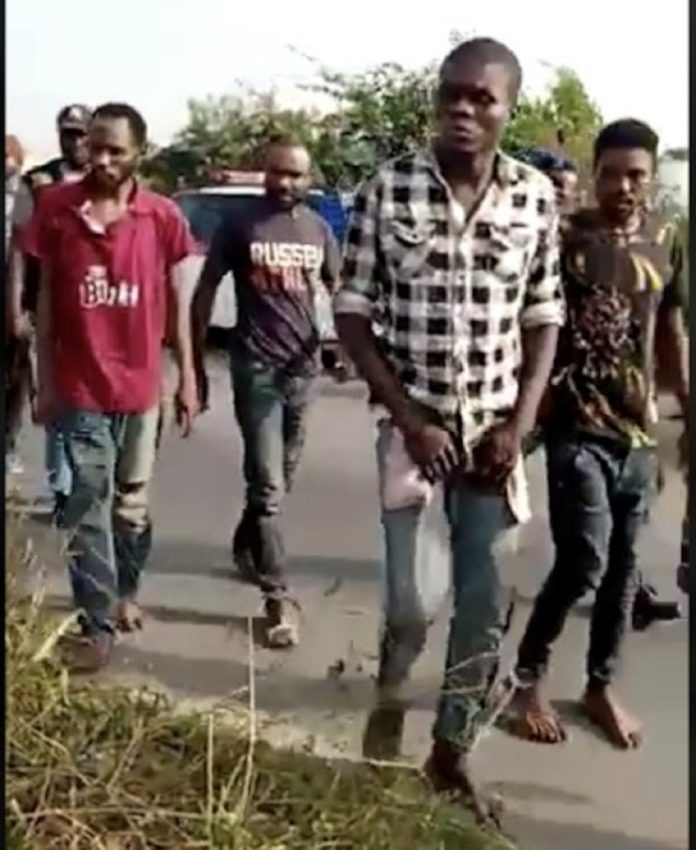 According to reports, Odunukwe abductors, who later turned his killers had posed that they wanted to buy his Abuja property valued at N900million and they arranged to meet to consummate the transaction.

Instead, he was kidnapped. Weeks after, his body was found, dismembered,”chopped into pieces”.

According to a report by Sunday Sun, the police in Lagos have arrested some of the suspects connected with the gruesome murder, although the photographs of the suspects don’t look like men who could buy a N1million property.

In a five minutes video unidentified policemen who introduced themselves as acting on the directives of the Assistant Inspector-General of Police, Zone 2, Ahmed Iliyasu took the suspects to identify the already decomposed body inside a bag.

The suspects who identified themselves as Arinze, Solomon, Cletus and Daniel Ibeaju took turns to confirm that the body in the bag belongs to the missing businessman who they killed and dumped inside the forest in Ajah.

In the video, one of the policemen explained: “This is the gruesome murder of Chief Ignatius Odunukwe. This act was planned and hatched by a gang led by Daniel Ibeaju from Enugu State. It is very unfortunate. The AIG Ahmed Ilyasu has directed us to recover this corpse and take it down to the hospital. The investigation will continue and the outcome will be made known to the public.”

He later called on the medical personnel who were at the scene with their ambulance to evacuate the body to the mortuary.