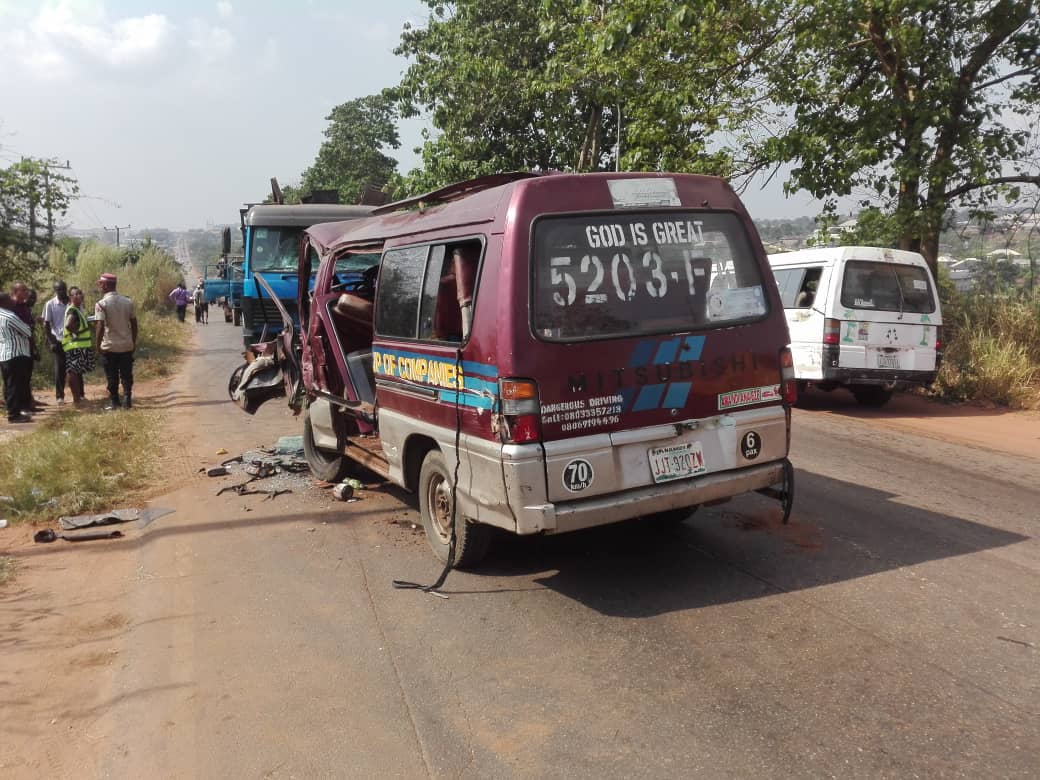 No fewer than 17 persons escaped death in a multiple crash involving three vehicles on the old Enugu-Onitsha expressway in Anambra.

The accident occurred on the Nkpor/Umuoji stretch of the road.

Anigbo attributed the cause of the accident to wrongful overtaking.

He said 17 persons including 10 males and seven females were involved in the crash while seven persons were injured.

“The injured victims had been taken to Crown hospital Nkpor,” he said.

The FRSC officer also said efforts were on to recover the vehicles and valuables.