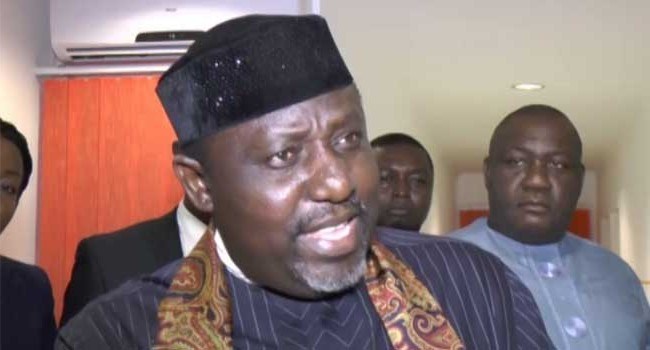 The Federal High Court Abuja on Thursday, joined the Peoples Democratic Party, (PDP) as codefendants in a suit filed by Imo governor, Rochas Okorocha over his certificate of return.

The PDP on Wednesday applied to the court to be joined as the eight defendant amidst strong opposition from Okorocha on the grounds that the move was a ploy to frustrate the suit.

Delivering a ruling, Justice Okon Abang, said it was safer and neater to allow the party to participate in the suit for there to be fair hearing.

“The right to fair hearing takes precedent over all other issues. It is safer and neater to join PDP whether it is a necessary party or not.

” I have considered the well articulated and persuasive arguments by respective counsel in this suit and the judicial authorities cited by them.

“I am satisfied that this is a deserving case to join PDP. to decide otherwise will amount to denial of fair hearing and any decision reached by the court will be a nullity.

Justice Abang also warned lawyers not to engaged in unethical conducts that would occasion a delay in the hearing and determination of the suit.

The Judge said that  the matter was time sensitive and the court would accord it expeditious hearing and would not entertain frivolous application’s for adjournments.

He adjourned the matter until May 16.

Okorocha dragged the Independent National Electoral Commission, (INEC) over the commission’s refusal to issue him a certificate of return as the senator-elect for Imo West Senatorial District.