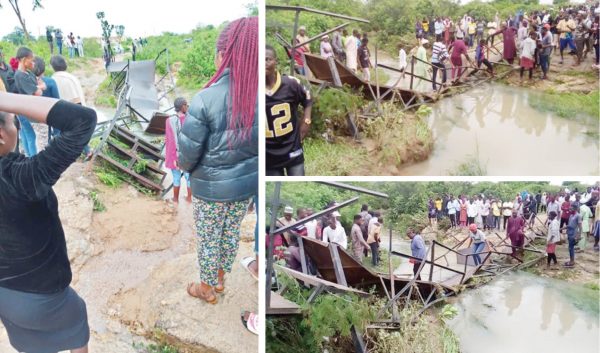 The Governing Council of the Abubakar Tafawa Balewa University, Bauchi has constituted a seven committee to carryout a thorough investigation on the causes of the collapse bridge that killed three students and injured seven others.

This was disclosed by the Pro-Chancellor and Chairman of the Governing Council of ATBU, Bauchi, Ambassador Nimota Akanbi, at a Press Conference held at the Gubi Campus on Friday.

Akanbi who was flanked by the Vice Chancellor, Professor Muhammad Abdullazeez and other top Principal of the University, sympathized with parents, families and Guardians of the deceased over the unfortunate incident.

She said that she led members of the Council to visit the site of the disaster and noted the damage done to the bridge as well as the deep concern and the outburst of the students. She also noted the constructive comments and criticisms by stakeholders, immediate communities, the Press and well-wishers.

“The University has constituted a seven man committee to carryout a thorough investigation on the causes of the incident, recommend ways to improve safety on the campuses, ways to avert a future occurrence and to submit its report a week from the date of the letter.

” I assure you all that we will do honest, sincere and critical self-examination and appraisal as preliminary road map to preventing future occurrence.

“Our immediate action is to reconstruct the bridge by using reputable engineering firms so as to bestow to the University a bridge of global standard that would withstand torrents of heavy downpour that are direct consequences of global climate change.”

The Pro-Chancellor said that the unfortunate natural disaster and tragedy that struck within the main campus of our University on August 5th, and cut short the dreams the dreams of the three students and left seven injured who were treated and later released.

She said that the incident “has naturally thrown our community into grief of unimaginable magnitude” however, thanking God for limiting the “catastrophe.”

“It could have been worse if larger number of our students were leaving the campus for their hostels after reading overnight to prepare for examination,” she stated.

Akanbi debunked the rumours making the rounds “by a faceless fellow disguising as the SUG President, to the effect that students are required to pay fees for the constitution of the bridge. There is nothing like that.”