Barely 24 hours after the 247ureport’s publication on the planned demolition of over one hundred shops, hotels and other structures in Awka, Anambra State capital by the state government, the government has postponed the date for the commencement of the proposed demolition. 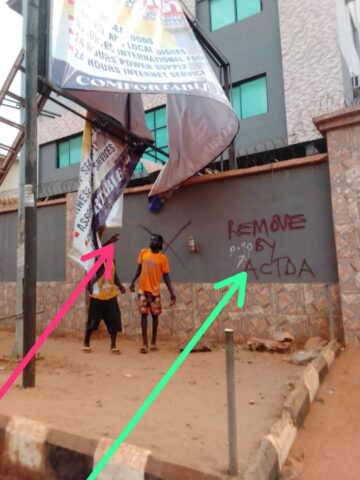 The said massive demolition exercise, which would have affected many structures along the popular Oby Okoli Avenue, stretching from the UNIZIK Junction to Okpuno community and beyond, was initially slated to commence on Tuesday (today), following the expiration of the 7-day ultimatum and the ‘Remove’ notice issued by the officials of the Awka Capital Territory Development Authority (ACTDA).

However, after a 247ureport’s viral publication on the proposed demolition, which captures the reactions of the masses and their pleas of the owners and occupants of the publication, the state government, on Tuesday, extended the eviction deadline given to the people. The new deadline now is February 23, 2023, which is a one-month extension from the first one which elapsed on January 24. 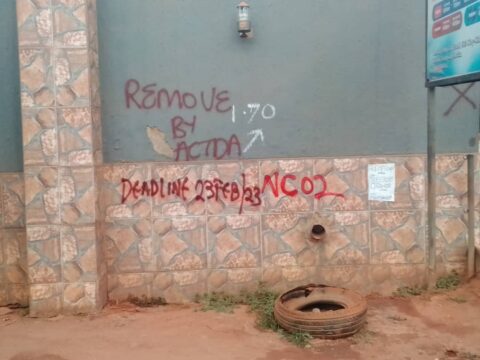 It is, however, observed that while some of the structure have February 23 written on them as the new deadline, some others (along the same area) have February 24, thereby keeping the residents wondering which one is the actual deadline.

When this reporter visited the area on Tuesday to monitor the extent of people’s eleventh hour actions and reactions to the notice, it was observed that many of the shop owners in the area had already dismantled their signposts, rails, and evacuated their goods, while many are still hastening to do theirs.

By virtue of the new date, which was made known by the officials of ACTDA on Tuesday, it is now believed that the owners of the marked shop and structures in the area now have additional one-month grace to evacuate before the commencement of the exercise.

You can read the initial 247ureport’s publication HERE.