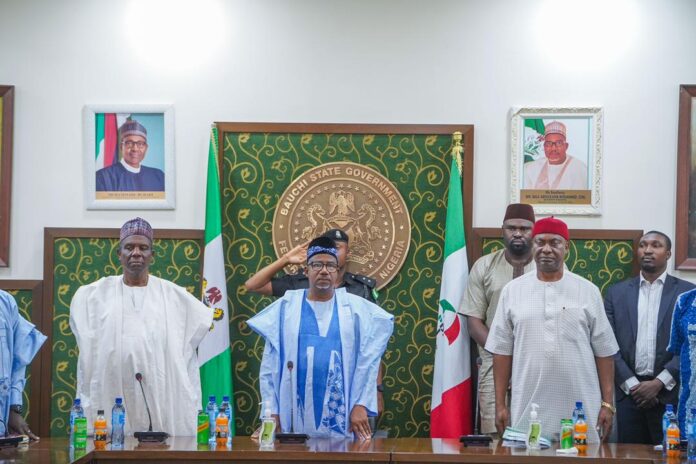 Bauchi State Governor, His Excellency, Senator Bala Abdulkadir Mohammed has said his administration will partner with the Federal Government and relevant stakeholders in vocational and technical education to empower youths and women in an effort to providing citizenry with dividends of democracy, alleviating poverty and joblessness.

Mohammed made this known today when he received in audience, the Honourable Minister of State, Science and Technology, Chief Henry Ikechukwu on a courtesy visit to Bauchi Government House.

He added that his administration has since established an Oil And Gas Academy in Alkaleri local government area of the state, saying it will go a long way in boosting his administration’s morale to woo local and foreign investors for the economic development of Bauchi state.

Governor Bala used the medium to once again commend the FG for the support and sportsmanship in the actualization of the Kalmani Oil Project, saying his administration will continue to support and partner with relevant stakeholders to ensure citizens relish from the dividends of democracy.