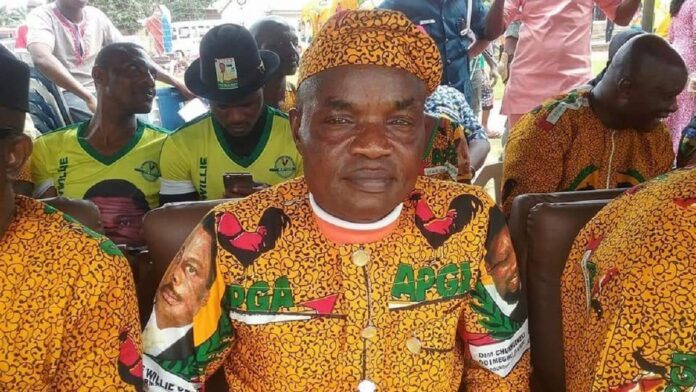 *Calls on govs, other politicians, Churches philanthropists to help them.get back to life

The spiritual leader of the Igbo nation, Chief Rommy Ezeonwuka (Ogilisi Igbo) has hailed the Federal High Court sitting in Awka, the Anambra state capital and presided over by Justice Nicholas Oweibo for freeing 19 persons after being in detention for 15 years on account of being suspected members of the Movement for the Actualization of Sovereign State of Biafra (MASSOB).

19 persons accused of being members of MASSOB and held in detention for 15 years, were discharged and acquitted last week.

The freed 19 persons shed tears of joy after the court acquitted them of treason and terrorism charges and ordered their release after 15 years in detention.

Reacting to the news, Ezeonwuka hailed the development as a good omen and of course the best news of the year from the judiciary.

The Ogilisi Igbo lamented that the 19 persons may have lost not just about quarter of their life time in detention but also wasted their youthful energy which they would have used to make investment for themselves and their families over what they don’t know about.

The Igbo spiritual leader therefore called on the five state governors of the Southeast region, other politicians such as Senators, House of Representatives members, Federal appointed office holders, House of Assembly members, Commissions, Churches and philanthropists to come to the aid of the 19 persons to help them get back to life.

“These people have lost a lot in their life time over what they don’t know and more annoying thing is that those that lured them into what landed them in trouble are going about enjoying themselves.

“However, as the spiritual leader of the Igbo nation I am calling on governors and other politicians including the Churches and philanthropists to help them get back to life with something doing,” Ezeonwuka said.

He also advised the 19 persons to use the lesson learnt from their mistakes and life in detention for 15 years to turn a new leaf of life and be a model of discipline, humility and respect for the rule of law to others.