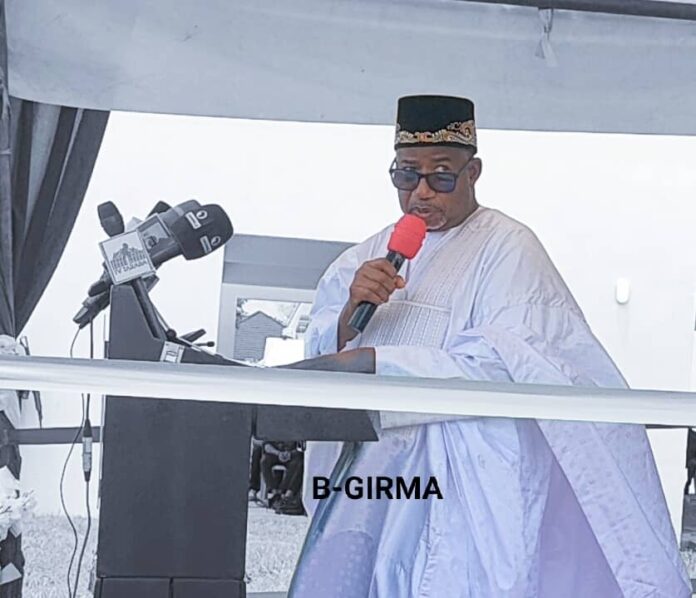 Commissioning the building was part of the activities slated before the commencement of PDP Governors Forum meeting in Bauchi.

He commended the Bauchi State Governor for executing a legacy projects that will improve government workers by extension improving the living standard of Bauchi State citizens and Nigeria through good governance.
Tambuwal lamented that the bad governance of the federal government is affecting Nigerians.

He, said that all the PDP governors across the country are performing in their various states even as he called on Nigerians to always pray for them.

“We are feeling the impact of the bad governance at the centre. We are praying and hoping that that time shall come when the PDP will return to power and restore good governance in Nigeria,”

He added, “What we believe in the PDP is that governance is a continuum and any project that is meaningful and would add value to the lives of our people, which we inherit from our predecessors, be they of the opposition or of the same party, is good governance.
“And that is what Govermor Bala Muhammed has done with this Government House annex. We expected no less because you performed as FCT Minister, you performed as Senator of Nigeria and now you are performing in Bauchi State. We are indeed very proud of you.

“Several of us have been here some months back to either commission projects or lay foundation of several projects that are being executed here in Bauchi State, courtesy of your administration.”

Governor Bala Mohammed thanked the PDP Governors’ Forum for taking out time from the schedule of their meeting in Bauchi State to commission the project.

He said, “We have never hosted 15 governors in our lives as a state in this part of the country and that was why we leveraged on your presence to commission this project which is partially completed.

“This is because I know that you are the representatives of God in your various states delivering services, infrastructure and leadership.”
Immediately after the commissioning ceremony the 13 PDP Governors went in to close door meeting.

The Governors are expected to deliberate and make recommendations on issues related to state of the nation, strength of the party and most provably the 2023 General Elections.

At the end of the meeting the Chairman PDP Governors Forum and Governor of Sokoto State Aminu Waziri Tambuwal is expected to address journalists on their resolutions.