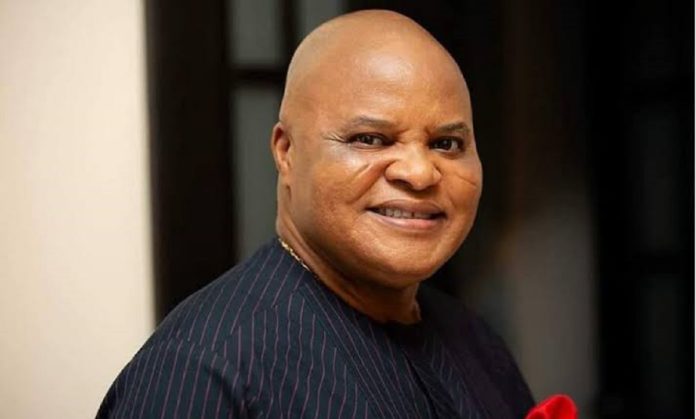 Sen. Ifeanyi Araraume, the Governorship Candidate of the All Progressive Grand Alliance (APGA) in the 2019 general election, said on Wednesday that he had accepted the final outcome of the protracted legal battle on the Imo poll.
The Supreme Court on Tuesday dismissed Araraume’s appeal seeking the nullification of the Imo election on the ground that former Gov. Emeka Ihedioha did not meet the two-third Constituional spread.
The apex court, however, annulled Ihedioha’s election and declared Hope Uzodinma of the All Progressives Congress the rightful winner of the election.
In a statement issued to NAN in Owerri, Araraume stated that he had accepted the verdict of the apex court and congratulated Uzodinma.
The statement read in part: “The Supreme Court has finally delivered its verdict on the protracted legal battle over the 2019 governorship election.
“In its wisdom, the apex court finally declared my brother, Sen. Hope Uzodinma, winner of the election.
“I wish to state categorically that I accept the judgment of the Supreme Court and hereby congratulate Uzodinma.”
Araraume said that as a firm believer in the rule of law, “I affirm my readiness to work closely and harmoniously with the new governor in the overall interest of the people.”
He, however, appealed to his supporters to key into the agenda of the new government, describing peace and development of the people as the main purpose of governance.
Meanwhile, there was heavy jubilation on the streets of Owerri on Wednesday as thousands of Imo people thronged the Hero’s Square, Owerri, venue of the anticipated inauguration of the new governor.
Mr Cosmos Iwu, the Director-General of Hope Uzodinma Campaign Organisation, had in a radio announcement, invited Imo indigenes and special groups to the venue for the inauguration, which could not hold.
Many youths and women, who came out in colourful uniforms, danced round the square, chanting “Hope for Imo” slogan.
There was also noticeable traffic gridlock on some major streets of Owerri along with heavy security presence.