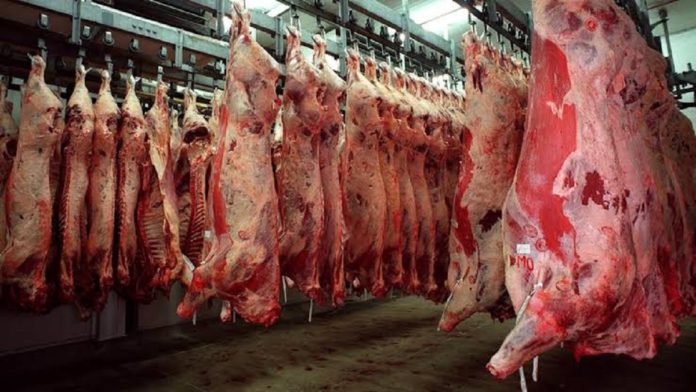 Benue state government said it has concluded plans to modernize the various abattoirs in the state to enable butchers slaughter animals in a very hygeinic environment.

The Commissioner for Agriculture and Natural Resources in Benue, Mr.Timothy Ijir who disclosed this in a chat with newsmen in his office in Makurdi said the slaughter houses will be provided with the right infrastructures and other amenities especially water.

Mr. Ijir who acknowledged the concerns and worries expressed by thegeneral public on the state of abattoirs in the state said government will swing into action very soon.

“We have been trying to modernise our abattoirs because these are areas that if care is not taken diseases can spread and if there are no good sanitary condition in our slaughter houses, it can be a public health problem.

“So plans are underway to modernize our slaughter houses and provide them with some basic structures and amenities that are befitting of slaughter houses like water such that they will be clean at all times.

Mr. Ijir who expressed the commitment of Ortom led administration to public health also emphasised that state government has always ensuredthat its inspectors are stationed at the slaughter houses to ensure that only healthy meat are sold to the Benue public.

“We are aware of the facts that we need to take more control of the abattoirs and not just leaving the butchers to sell any kind of meat to the public but to make sure that what is sold to the public isquality meat under hygienic conditions in controlled abattoirs.

“We always have our own quality inspection specialists that arestationed at those abattoirs to be able to control the quality of meat that is being sold to the public and to make sure that the animals that are being slaughtered for sale to the general public arehealthy,” he assured.