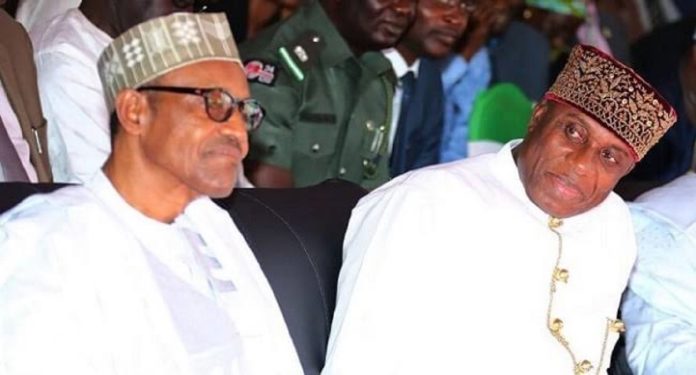 In leaked audio, Transport Minister, Rotimi Amaechi disclosed how he convinced Buhari to borrow $30billion. Amaechi in the tape said Buhari said they would go ahead and borrow and Nigerians can say whatever they like. President Buhari also promised to go to jail on Amaechi’s behalf, according to Amaechi in the leaked tape.”

I wake up in the morning pushing for…I call people on the phone, I look for money. It is not my job to look for money, it is the job of the Minister of Finance but I get out…I went to Russia to look for money, I brought the letter given to me by the company and I give it to the President and I am writing to the Minister of Finance…Because if we can get…And I like the President’s disposition. He said let’s borrow it, they can say whatever they like. When we finish…Once we are borrowing for infrastructure and we finish developing< Amaechi, don’t worry, I will go to jail on your behalf, you won’t go to jail,” Amaechi said in the tape obtained by Pointblanknews.com

Sources told Pointlanknews.com that the tape was recorded shortly before the 2019 general election. President Muhammadu Buhari had urged the National Assembly to approve an external loan of $29.96 billion to execute key infrastructural projects across the country.

In a letter to the National Assembly in November 2019, the President said he decided to represent the request for the external loan of $29.96 billion, part of which was rejected by the eighth National Assembly, to finance key projects in different sectors of the economy. The President said the approval of the borrowing plan will enable the government to fund some of the projects listed in the plan.