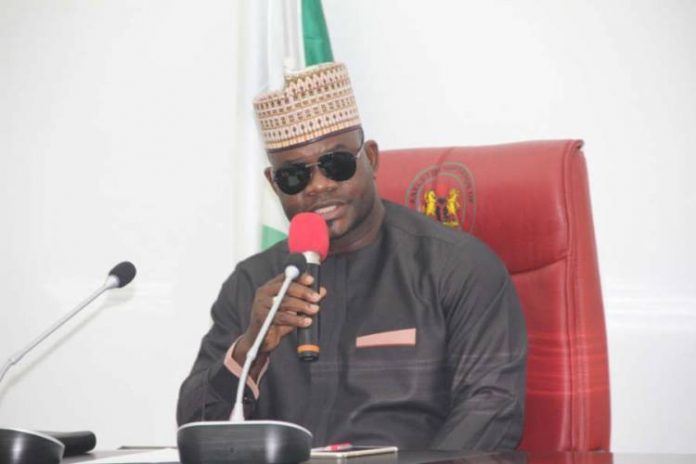 Kogi State Governor, Yahaya Bello on Friday said nobody can take away the governorship ticket of the All Progressives Congress, APC, from him during forthcoming primaries, saying that the ‘tenant cannot send the landlord out of his house.’

Bello met with Buhari behind closed doors at the Presidential Villa, Abuja on Friday.

He declined comment on the meeting, but vowed that he would get re-elected for another four years in office.

The Independent National Electoral Commission (INEC) had fixed Nov.16 for the conduct of governorship election in Kogi and Bayelsa.

The governor dismissed the assertion that he might not secure the governorship ticket of the APC for the election due to internal crisis in the state.

“I am the governor today and Insha Allah, l will return back as the governor for another four years, after the Nov. 16 election. As for the ticket, the analogy is that the tenant cannot send the landlord out of his house.

“So, APC in Kogi State was rebuilt by me, after the good job done by our late leader, His Excellency, Alhaji Abubakar Audu. After his demise, l came, rebuilt it from the scratch to what it is today.

“That is evident in the last outing of the party where we had 25/25, in the State House of Assembly. We also won 7 out of the 9 contested positions in the House of Representatives and two out of the three Senate seats in the Senate.

“So, anybody that is making such noise does not disturb me because, in market place, noise is allowed. You know, Kogi politics is the loudest. So, people must make noise and you can’t stop that,’’ he said.

Bello added that he was confident of winning not only the APC primary ticket, but the state governorship election on Nov. 16.

“l am very good with my party men from the local government to the national level. They know that l am the leader of the party in my state.

“I have built it and it is very strong. Anytime, any day, we will win elections in landslide. That l am going to win in the primaries is given by the grace of God, by which ever means, direct or indirect.

“Secondly, in the November governorship election, we are not just talking of wining, we are looking at the margins. The margin is going to be such that whoever comes far second, will be discouraged from go to court,” he said.