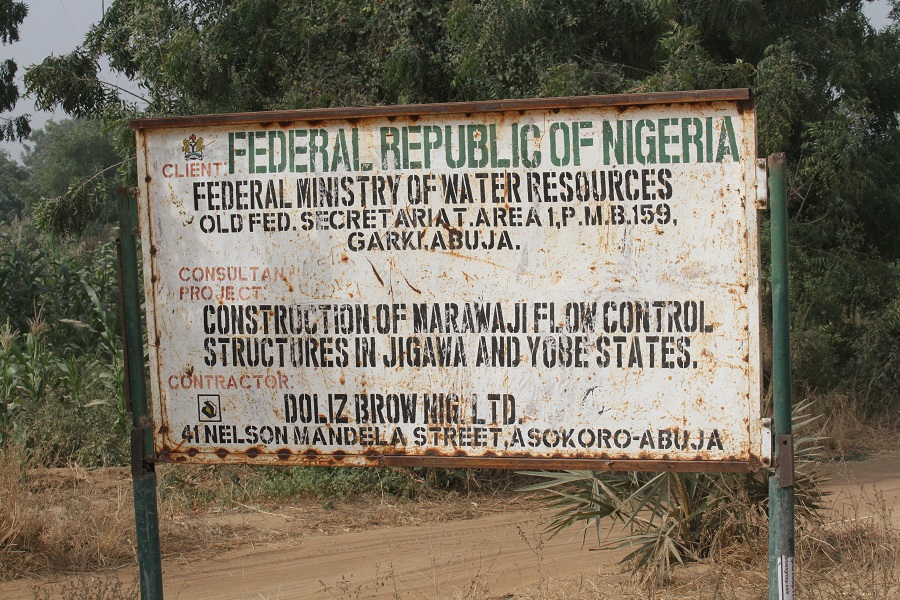 The newly appointed Senate Majority Leader Senator Hammed Lawan, has been accused of abandoned a water constituency Project meant to have been completed over seven years ago in his constituency in Yobe state.

A Civil Society organisation under the aegis of Citizens Actions to Take Back Nigeria (CATBAN) made the allegation in a statement signed in Friday in Abuja by it Co-convener Garba Ibrahim Wala.

The group who recently embarked on a fact-finding mission to Yobe state in respect to the ongoing corruption matter related to project execution under the Presidential Initiative on North East, said it came across the abandoned project of water channels known as Marma Channels which the money has been paid by the federal government since 2010.

“We were told that the sign post was fixed in the year 2010 by a Contractor known as DOLIZ BROWN in company of Sen. Ahmed Lawan’s Aids but ever since then, the project was abandoned.

Going through the past Budgets and some documents in Government archives, we came across information that clearly pointed out that the contract titled, “CONSTRUCTION OF MARAWAJI FLOW CONTROL STRUCTURES” was awarded to DOLBIZ BROWN IN NOVEMBER 2010 FOR 36 MONTHS WITH A CONTRACT PRICE OF N229,714,513.00.

It was clearly stated that the objectives of the contract was to “Control and diversion of flood to reclaim lands for agricultural use” we felt this project is so important that can be abandoned.

“The most disturbing aspect of the findings is that the Senator used his influence to ensure that the entire money of the project was domicile into the account of Federal Ministry of Water Resources which it was believed to have been paid the contractor. Further findings revealed that the contractor only went to the site to erect sign post and made attempt to clear the access road to the project location. For doing just that, he first made a claim of 15% and later connived with the Senator to get paid on the job that was never executed.”

The group, therefore, demanded an explanation from Sen. Ahmed Lawan to tell  Nigerians “why a Constituency Project under the Yobe North Senatorial Zone will be abandoned for 7yrs.

“Between the Contractor, the Ministry and the Senator, how the money was shared and how they have come to the conclusion to abandon the project even though, the project continued to appear on Constituency projects on the Annual National Budget.

“All of the above demands are expected to be responded within the next 7 days else, we will submit a written petition to relevant authorities and demand for his resignation and his arrest.”