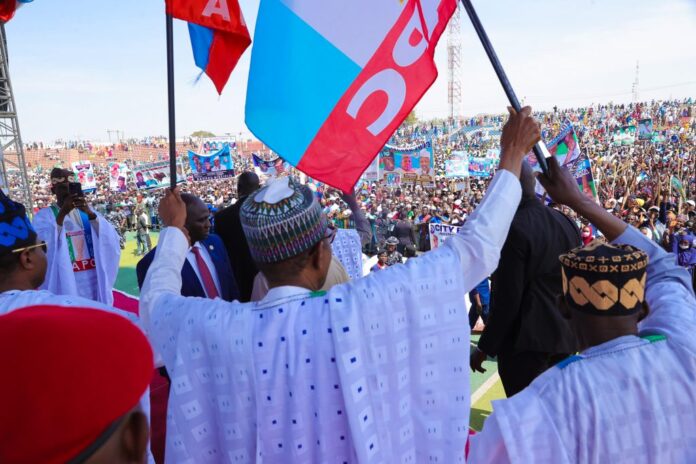 The recent event at the All Progressive Congress [APC] presidential rally in Bauchi State which witnessed the abrupt exit of the President of the federal republic of Nigeria, Muhammadu Buhari from the political rally on the 23rd of January 2023 may have occurred following internal dealings and wrangling that led up to the day of the rally.

Information available to 247ureports.com obtained from a consortium of competent sources indicates that President Buhari had no intentions of attending the APC political rally in Bauchi State but was pressured into attending owing from intense pressure from the wife of the APC gubernatorial candidate who also doubles as the Federal minister of humanitarian affairs, Disaster Management and Social Development, Sadiya Umar Farouq.

As a caveat, it is noteworthy to mention that President Buhari who is the national leader of the APC had expressed to close associates and through his body language that he is not in support of the Bola Ahmed Tinubu presidential candidacy or the Sadique Abubakar gubernatorial candidacy. “They are both not his preferred candidates”.

So, as the campaign event in Bauchi State approached, sources from the presidency intimated 247ureports.com that the President had no intentions of attending the Bauchi State rally. According to the source, President Buhari did not want to present himself on the stage at the rally to support the gubernatorial candidacy of Sadique Abubakar. However, the federal minister Sadiya Umar Farouq’s intense pressure through her pleas to the president changed the president’s mind.

But with a caveat.

President Muhammadu Buhari who enjoyed a healthy relationship with the Bauchi State Governor, Senator Bala A. Mohammed – and believes the Peoples Democratic Party [PDP] governor has performed satisfactorily as the governor of Bauchi State – is reported to have told close associates that Governor Bala Mohammed has performed well for the people of Bauchi State – and that Bala Mohammed has always should him “very good respect”. So, as the President agreed to attend the rally of January 23, 2023, he assured his close associates that he will not speak – that he will not address the crowd. In essence, he will not endorse the gubernatorial candidate of the APC while on the podium. 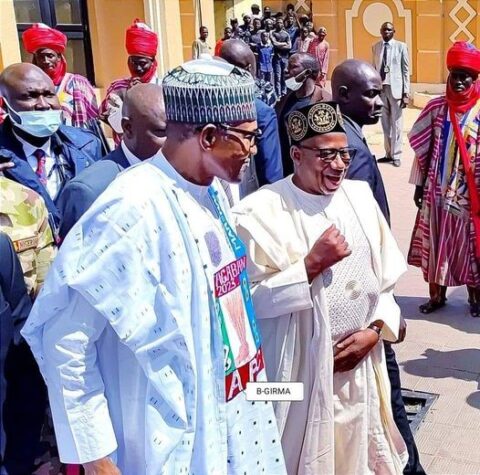 Interestingly, in a related development, the Tinubu campaign team exhibited similar sentiments towards the APC gubernatorial candidate during the buildup to the said rally. They kept the APC gubernatorial candidate in the dark. The state coordinator for the Tinubu presidential campaign council was given the financial resources for the event. The state coordinator approached the State APC chairman and demanded the requirements for what it will entail to organize and set the rally. The APC chairman provided the requirements – and the funds were provided.

Sadique Abubakar switched off the phone and walked out of the meeting.