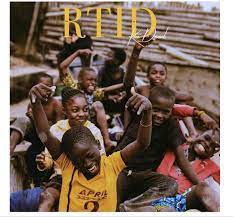 Nigerian superstar singer Kizz Daniel unleashes his much-anticipated single, “Rich Till I Die” (RTID) as promised. This comes after a long wait since he shared the song snippet on his media page.

Kizz Daniel, the Nigerian pop singer known for his energetic performances and catchy hits, has released his latest single, “RTID” This upbeat track showcases Daniel’s signature sound and is sure to be a fan favorite.

The song is a lively celebration of the singer’s determination to achieve financial success. Its catchy hook and upbeat tempo make it the perfect addition to any party playlist.

“Rich Till I Die” is the latest release from Kizz Daniel’s highly anticipated third studio album, which is set to drop later this year. The album features a mix of danceable pop tracks and more introspective cuts, all showcasing the singer’s unique style and charisma.

The new song “RTID” is an amazing tune you will like upon listening to it. It fills in as a follow-up to his previous hit single, “Cough” (Odo).

Fans can stream “Rich Till I Die” now on all major music platforms. Stay tuned for more updates on Kizz Daniel’s upcoming album and tour dates.