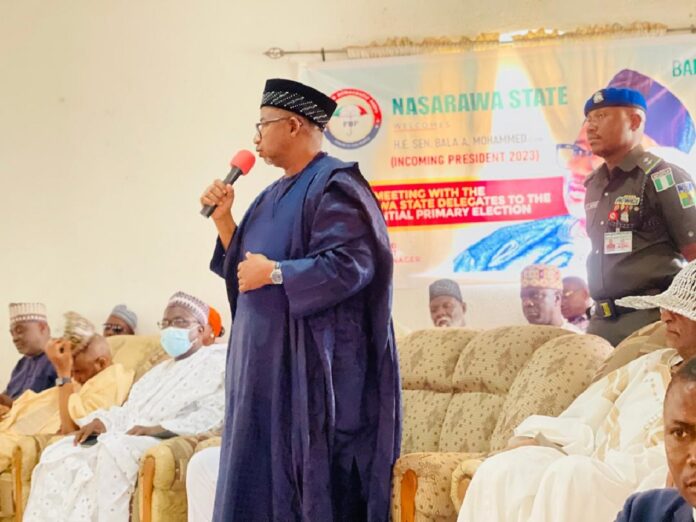 The Bauchi State Government is to float a bond to settle the N26 billion backlog of gratuities inherited from previous administrations.

Governor Bala Mohammed made the disclosure while presenting 22 brand new vehicles to newly appointed permanent secretaries in the state.

Mohammed explained that the bond would enable the administration to obtain fund from the organised private sector and the capital market for settlement of the backlog of gratuity in a wholistic manner.

He believed the step would improve the socioeconomic well being of the state.

The Governor lamented inheriting a highly demoralised and disorganised civil service characterised by erratic and non payment of workers salaries and pension.

“This unfortunate situation was largely due to poorly managed payroll,” he opined.

“In order to take the civil service back back on track towards reclaiming its lost glory and make it efficient and result oriented, we took the unpopular but the much needed decision of cleansing the nominal and payroll so as to strengthen the salary administration in the state.

“Government is not unaware of the aspiration of the civil service and other merit based services in the state for promotion and elongation of service and other things bestowed on the services but because of lack of resources we have not been able to do it on a long term,” he stated.

“We decided to make sure we manage the situation on ground and because the civil service has come a level where we accommodate them in whatever we are doing they understand that it is not because we do not believe in career progression, it is because we have to manage at least to be better than the rest where salaries are hardly paid.

“But here (Bauchi State) salaries are paid before the 30th of every month since l assumed office and we will make sure we free resources to employ other graduates because the service now is being exacted, especially the senior staff.

“The career is being tramped some how because there is no employment for so many years. We are aware and we are doing everything on the basis of planning and application of scare resources.

Governor argued that a strong and motivated civil service was required for the implementation of policies and programmes of government for the economic development of the state.

“It is for this basis that government used merit in the appointment of permanent secretaries,” he said.

“This initiative has brought improvement in the service delivery in the state.

“I want to urge you all to continue to do your best in the discharge of your responsibilities by being upright and dedicated to your duties.

“So far l want to confess that l have seen improved productivity in the service because of the calibre of permanent secretaries we have. We congratulate you and continue to partner with you in such a way to provide the required service.

The head of service, Yahuza Haruna Adamu, thanked the governor for the gesture and for bringing the much needed interventions in the civil service despite limited resources.

“I assure you that l have the mandate of my colleagues that we will put in our best to be with you, share your vision and help the administration to get to the promise land,” Adamu said.