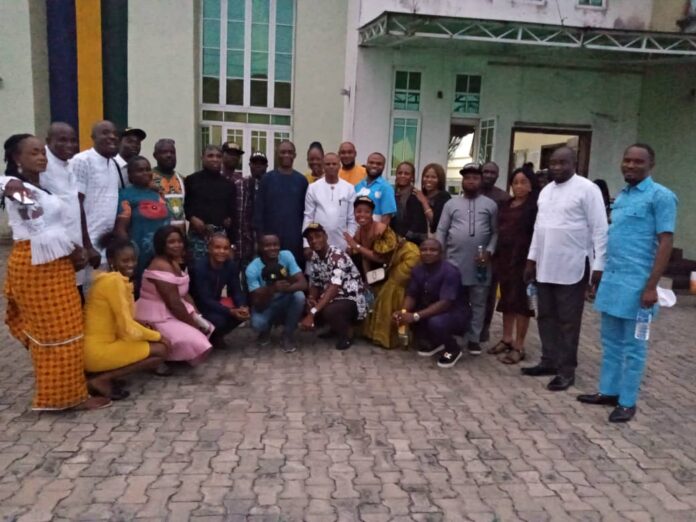 Advertisement
Movement for the Survival of the Ogoni People (MOSOP) has taken its campaign for Ogoni development to states. Addressing a congress of Ogoni people in Bayelsa State, Nigeria on Sunday (August 14, 2022), President of MOSOP, Fegalo Nsuke said MOSOP was determined and committed to pursue and achieve sustainable development for the Ogoni people through the implementation of an Ogoni Development Authority. The MOSOP leader called on the Nigerian authorities to adopt its proposals for development in Ogoni as an acceptable path to resolve all disputes with the government and the oil industry.
Nsuke urged the Ogoni people to remain focused on what is good for their nationality noting that focusing primarily on the common good was important in the face of provocations, attacks and increasing divide and conquer tactics sponsored by the oil industry.
“For me, the distractions that come with sponsored divisions are not new. It happened with Ken Saro-Wiwa, so it should not be strange to anybody. What is important is our ultimate goal of securing the future for the Ogoni people and this can only be reasonably achieved through sustainable action on development” he said.
On oil exploration, Nsuke said, it is important to negotiate the Ogoni interests rather than a blanket no to oil resumption.
“The development we seek is not attainable without committing our resources to the process and we all know of our huge natural endowments. What is important is to negotiate the Ogoni interests and that is what we seek to achieve with the Ogoni Development Authority” Nsuke said.
” I have made it clear that leadership is not the unhealthy strive for positions but the capacity to mobilize people to advance the interest of society. In MOSOP, our goal is to address the underdevelopment which threatens the very existence of our people and we are very committed to that” he said.
“We also have a responsibility to seek the decriminalization of those who were wrongly killed by the Nigerian government and  resist those who have threatened our peace. All of these are achievable if we stay focused” he said.
Nsuke had earlier met with the chairman of the Conference of Ogoni Traditional Rulers, His Royal Highness, Osaro George, to brief the traditional ruler on the efforts of the MOSP leadership to push for the operation of the development plan.
The MOSOP leader used the opportunity to lash out at the NPDC and Shell for their divide and conquer tactics in Ogoni, describing the moves as crude and shameful. He assured that the demands of the Ogoni people were just and fair and not too much to ask.
Nsuke described Nigeria’s treatment of the Ogoni people as genocidal and strongly condemned  what he termed Nigeria’s tolerance of Shell’s unfair business practices which has destroyed the environment, reduced the productive capacity of the lands and caused serious health hazards that have significantly reduced the survival rates for both children and adults.