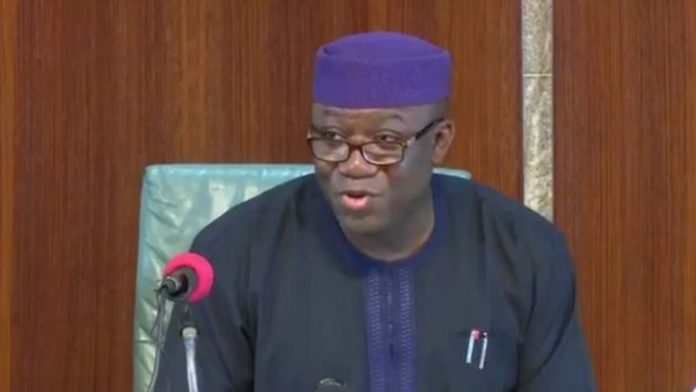 Otunba Bisi Kolawole has described looting of Silos and foodstores in

Congress (APC) government both in the State and at the federal levels.

chronic hunger under the watch of Governor Kayode Fayemi, such that

scavenging for food from anywhere.”

protesters thereby depriving the people of their legitimate right to

The PDP Chairman, who condemned looting of public and private

properties under whatever guise,  said what happened in Ado Ekiti

yesterday, when people invaded the Silos and storage facility of the

State Emergency Management Agency (SEMA) was a pointer to the fact

that Fayemi’s administration has failed in its primary responsibility

of providing security and seeing to welfare of the people.

the State Government while the people are unable to feed.

The PDP chairman said: “That the government even had to announce

yesterday, were meant for planting shows the highest level of

corruption and insensitivity on the part of the government.

“If those grains are actually meant for planting,  why were they kept

till this time?  Why were they not distributed to farmers who needed

personnel, disinfectant chemicals and hand sanitizer packs. Were those

survive and this is understandable.

“What should those over 3,000 Ekiti sons and daughters sacked by

Fayemi do? Won’t they also struggle to survive?  If they see somewhere

that food items meant for the people are kept, won’t they take the

risk of getting some so as to be able to feed and stay alive?

2022,  we still have a duty to call on the governor to review its

style of administration to make life easier and more meaningful for