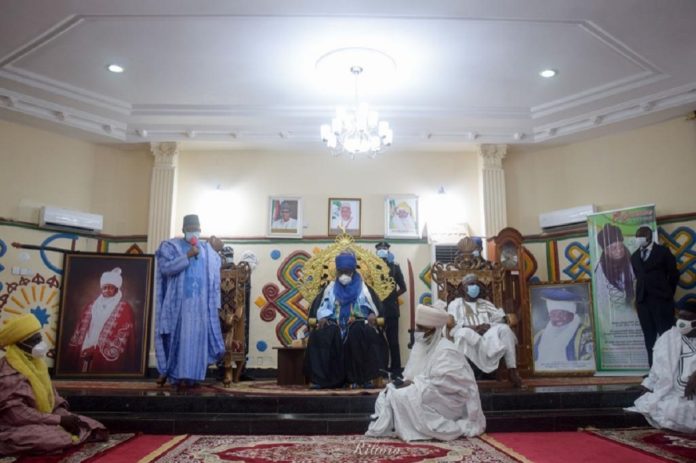 His Excellency, the Executive Governor of Bauchi state, Senator Bala Abdulkadir Mohammed today led a  delegation of top government officials on a sallah homage to the Emir of Bauchi, Alhaji Rilwanu Sulaimanu Adamu.

The Governor also paid a sallah homage to Sheikh Dahiru Usman Bauchi, a renown Islamic leader in the country and Alhaji Bello Kirfi, an elder statesman in the state.

While at Bauchi Emir’s palace, Governor Bala congratulated the Emir on the achievements recorded within his 10 years of throne of Bauchi Emirate Council.

The Governor appreciated Sheikh Dahiru Bauchi and Alhaji Bello Kirfi for their outstanding support to his administration and seek for its sustenance.