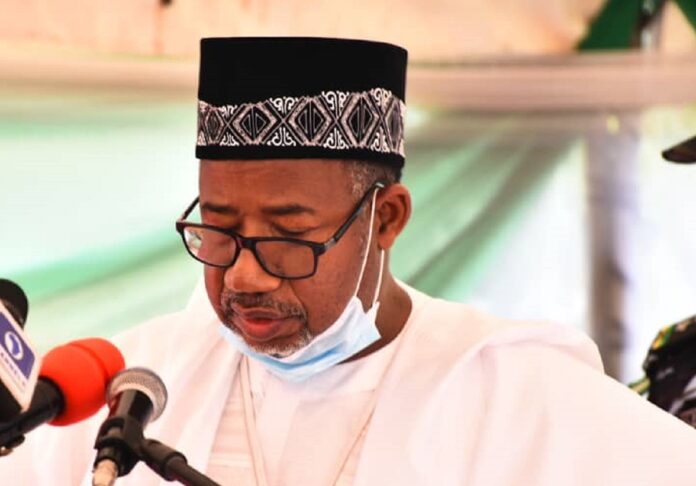 Bauchi state government has introduced e-procurement with inclusion of Small and Medium Enterprises (SMEs) in its Public Procurement Act 2020.

The Chairman who was commenting on the recent signing into law, the amended 2020 Public Procurement Act by Governor Bala Mohammed of the state, said business will not be as usual as the Agency will ensure transparency and accountability in the award of contracts in the state.

Mr Sanga while commending the governor for signing the bill into law, said with this development, the Agency is now Bauchi State Public Procurement Bureau.

“We are very grateful to His Excellency for his desire to ensure transparency and accountability as well as value for money for the people of Bauchi state”.

“His Excellency, the Governor had earlier directed for the review of the law on public procurement in Bauchi state to strengthen the operations of the Agency in many aspects, and now it has been done.”

Engineer Joshua Sanga who noted that there was no e-procurement in the previous procurement law said, “initially there wasn’t any provision for that, where any contractor desirous of working for Bauchi state will tender online”.

“But now, it is e-procurement, and this will really reduce or eliminate the issue of corruption of favoritism or anything in public procurement, where people can tender online”. It is an e-process, electronic process that human interference will be limited”.

He said the position of the Executive Chairman of the Agency will now be a Director General so as to operate without much interference from both the executive and the legislature as such independence will really strengthen the operations of the Bureau.

The Bureau Boss while recalling that in the previous law, there was no provision for emergency cases, expressed delight that such gap has now been filled in the new law.

“Take for instance, in this COVID-19, hardly would people be able to tender three weeks advertisement or do other things, so this new law has covered emergency procurement where in terms of emergency, how do we procure things transparently so that everybody will benefit”.

Engineer Sanga who said that the previous law does not allow Small and medium enterprises to participate in government procurement, noted that they are now covered in the amended version of the Act.

The Chairman who assured the people of Bauchi state of quality service, said agency is now new and is ready to work for them beyond what they think and more than before.

“So, there will be real value for their money and there will be transparency and accountability in the execution of projects in the state”.