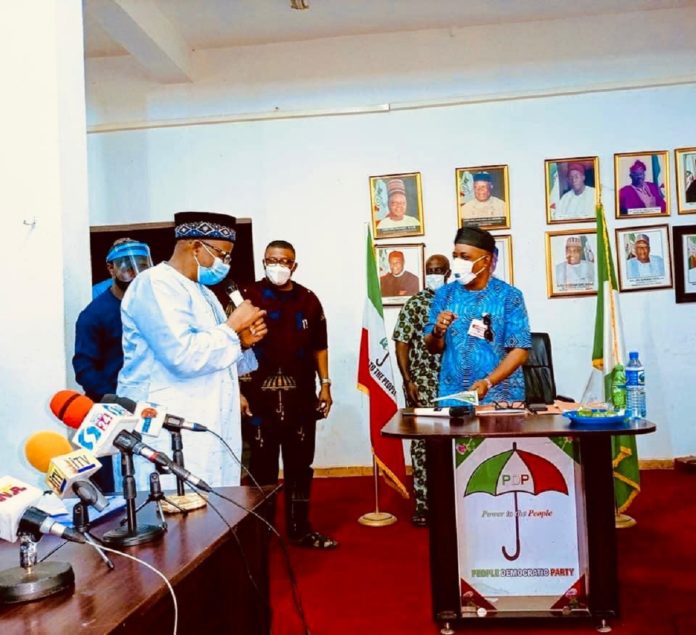 The National Chairman made the  commendation while receiving the  the committee’s report presented to him by  it’s chairman, Governor Bala Mohammed at the PDP National Secretariat, Wadata Plaza Abuja.

Prince Uche Secondus commended the chairman and all members of committee for the achievements recorded in the task.

He called on them and other critical stakeholders of the party not to relent in giving their best in order to restore the confidence and trust of Nigerians to PDP party.

Prince Uche Secondus used the medium to express satisfaction with the outstanding performance of PDP governors in their respective states through improvement in critical sectors of economy.

Earlier, the Chairman of the committee, Governor Bala Abdulkadir Mohammed while presenting their report  to the National Chairman  thanked the party for giving them the opportunity to serve in that capacity.

Governor Bala Mohammed said members of the committee and other stakeholders in Edo state have contributed and participated fully towards ensuring the success of the assignment.