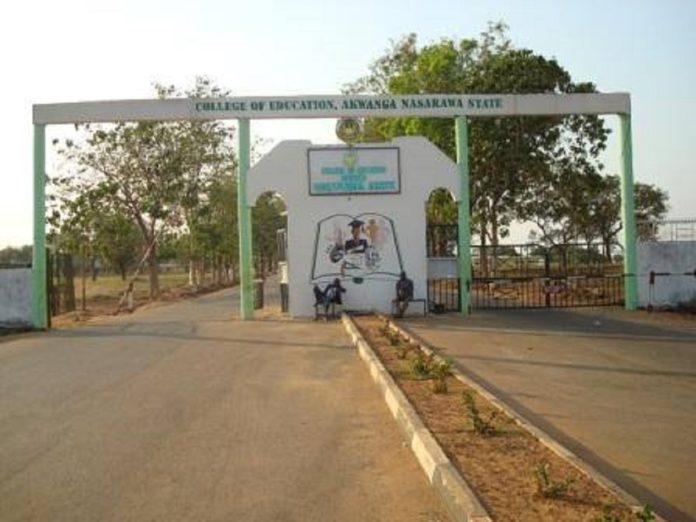 …no testing centre in Nasarawa state

With the unfolding and ongoing fight against COVID-19,Which was a global pandemic,Majority of those kept under observation at Quarantine centre expressed dismay over the way and manner they were treated at the uncompleted female hostel of the Nasarawa State Polytechnic,Lafia now Isa Mustapha Agwai I,Polytechnic.

Zainab Ibrahim from Doma who said she was coming from Port Harcourt,Amina Kasim from Obi and Aisha Ali also from Doma during an interview on Wednesday said they were subjected to hardship as they were allocated rooms full of dust without light to sleep inside.

They averred  that instead they seek for refuge within the premises of the hostel which is more comfortable  than inside.

Our reporter who was at the holding centre was denied access to Quarantine centre to ascertained the conditions of the rooms and facilities as the Director Public Health,Dr.Ibrahim Adamu said nobody would be allowed inside,denying the team of Journalists access to the holding centre.

At the time of the visit few staff of the ministry were seen with one thermometer,while outside the gate no drop of water either hand sanitizer was available for those under observation or for the security of the Polytechnic who are prone to contract the pandemic if  any of the 48 persons quarantine happened to carriers.

More needed to done as the State has no testing centre,and if there is how many persons has so far been tested ? From indication,the State is not yet ready to fight the pandemic as the Task Force On COVID-19 headed by the State Deputy Governor are slow in times of sensitization campaign.

One of the shocking revelation was that Shabu Isolation centre is still ongoing renovation,which is purely painting work and if there should be any outbreak,what would be the date of the victims.

More preventive measure should be applied considering the proximity of Nasarawa State to the Federal Capital Territory which is having COVID-19 cases as well Venue,Kogi,Plateau and Kaduna State.

“Work at the isolation centre at Shabu is at 90 percent completion and I know by next week the structure would be ready”.

While commenting on the absence of water,soap and hand sanitizer at the major motor park along Makurdi,road the Commissioner said is aware of the congestion and absence of hand sanitizer,soap and water,adding that the ministry would take a stringent measure very soon.

Pharmacy Yahaya buttressed that twenty persons has far been tested nagative while 43 as of Wednesday were under observation,he further disclosed that the 43 persons sample would be taken to Abuja to ascertain the State of their health.

There is the need for the Government of Nasarawa State to expidiete measure to curb the situation,though the State is still on zero percent.

An investigation gathered revealed that there was no proper arrangement at all levels to avoid the outbreak of the scourge while considering the proximity of the Federal Capital Territory and Nasarawa State as well as Benue State who are States with the pandemic.

On the side of the subordinates, no full compliance to directive by constituted authorities, Is no longer news that is business as usual in vast of the Local Governments headquarters and this was due to the hand in glove of the authorities concern and the security agencies to enforce the law by punishing offenders.

The  State Government must join words with action by supporting the Joint security personnel in ensuring total compliance as well punished recalcitrants accordingly.

There is the need for the Task Force on COVID-19 to embark on frequent press conference and update intimating Journalists on the need to abide by the preventive measures.

There is the need for the State Government to have a formidable medical team not few selected supportive staff of the State Ministry of health,Ambulance should be stationed at the holding centre and other isolation centres because of any emergency.

The State Government Task Force on COVID-19 Chairman, Dr. Emmanuel Akabe must wake up from his slumber to fight the outbreak of the scourge hook, net and sinker as the death toll across Benue and FCT called for serious concern.

Nasarawa State Grossly Indebted To The Tune of Over N50bn