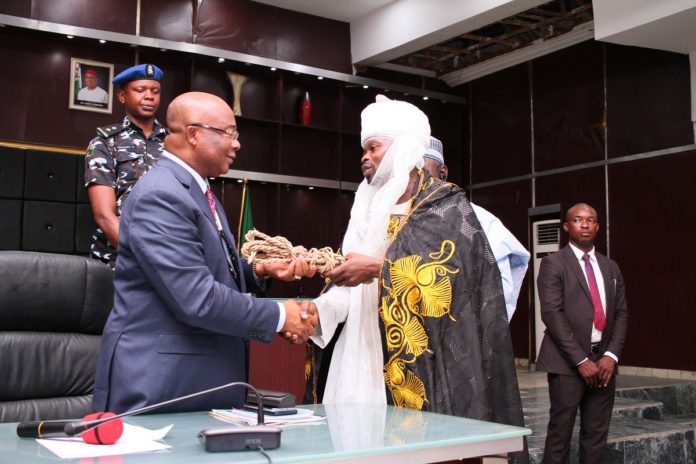 Governor Hope Uzodimma of Imo State has assured the Hausa Community in the state of an all inclusive government, where religion or ethnicity will not be an impediment for anyone.

The Governor who stated this while playing host to leaders and members of the Hausa Community in the state on Tuesday, February 25, noted that the state cannot grow economically without the contribution of over 70,000 Hausa population who are contributing their quota to the development of the state.

Governor Uzodimma assured them that their business is safe in the state and encouraged them to see themselves as Imolites.

“You are critical stakeholders in our state; you are part and parcel of us as some of you have not visited the North in the last 20 years. Don’t see yourselves as visitors but as indigenes of the state. He further noted: “There is only one indivisible united Nigeria, what you need to do is to go about your legitimate businesses without fear of any form”.

On security issues that have been the bane of our national development, Governor Uzodimma expressed joy that the Hausa Community in the state is the most peaceful in the country.

He said: “You have conducted yourselves in a manner that you are now envied by other Northern Communities in other states. This good attribute must be sustained. We must continue to tolerate each other, co-exist together and run the government together. No matter your tribe, religion or party, Imo State is for all of us and we shall continue to live as one happy family.”

On the issue of welfare, Governor Uzodimma promised that he will not treat them as second class citizens. He added: “We will extend electricity and housing in areas where you live, you are not inferior to any other citizens. We shall provide for you the basic amenities that make life comfortable.”

Governor Uzodimma reiterated that his doors are open and promised to be having steady interactions with them.

He congratulated the Moslems in the state for peacefully selecting a new Iman after the death of the former Imam, Barr. Suleiman Yusuf Njoku.

Earlier, the leader of the delegation and the Sarki Hausa Community in the state HRH Alhaji Awual Baba Suleiman stated that they came to congratulate the Governor on his victory at the Supreme Court and pledged their loyalty and support to the people-friendly government of Governor Uzodimma.

They equally used the opportunity to present the newly selected Imam of the state to the Governor.

The Sarki noted that the selection of Njoku who hails from Mbaise has further confirmed that no tribe owns Islam. “We are all one and worship one God. Islam is for everybody and nobody is inferior before God”, he said.