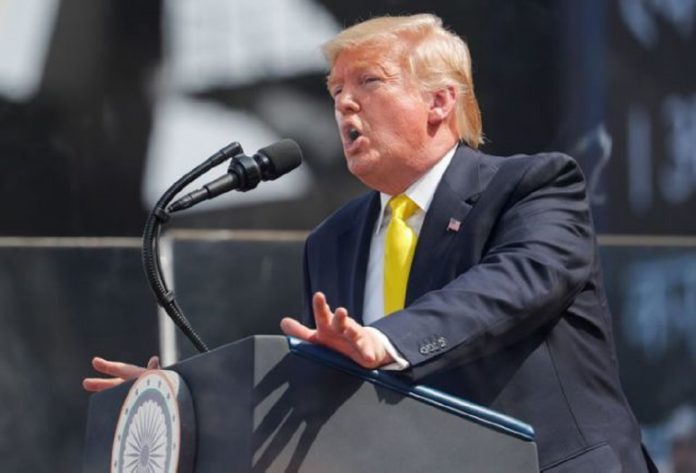 NEW DELHI – President Donald Trump took his battle with CNN overseas on Tuesday, as he and correspondent Jim Acosta clashed over truth-telling and reports over Russian interference in U.S. elections.

After Trump attacked CNN during a wide-ranging news conference in India,  Acosta told the president: “I think our record on delivering the truth is a lot better than yours sometimes, if you don’t mind me saying.”

Acosta was responding to Trump’s criticism of CNN’s coverage of reports that Russia is seeking to interfere in the U.S. election, just as it did in 2016, in order to help the president win.

“Your record is so bad you ought to be ashamed of yourself,” Trump told Acosta later. “You probably have the worst record in the history of broadcasting.”

Responded Acosta: “I’m not ashamed of anything and our organization is not ashamed.”

Trump, who frequently attacks news organizations over reports that displease him, also claimed CNN had apologized for parts of its coverage, but it was unclear what story or broadcast he was referring to. Most news organizations reported on a recent briefing given to lawmakers about Russia’s election plans, including an alleged effort to mess with the Democratic primaries in order to promote Bernie Sanders.

The White House and Trump have clashed repeatedly with CNN and Acosta throughout Trump’s presidency. After a dust-up at a White House news conference in 2018, Trump and his aides revoked Acosta’s White House press pass.

Acosta got his pass back after he and the CNN sued the administration.