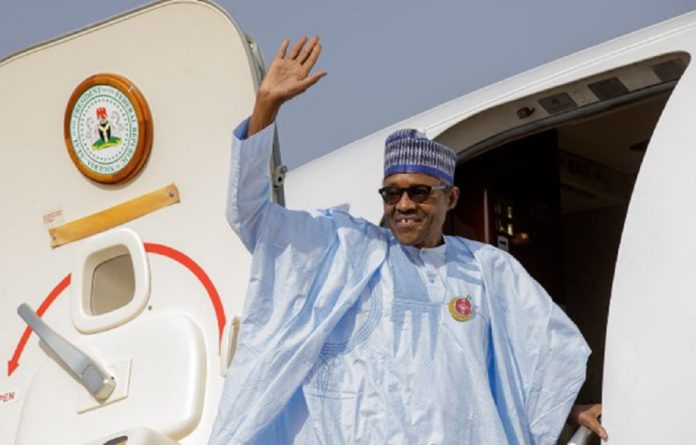 President Mohammadu Buhari has just arrived Maiduguri, the Borno State capital, apparently to condole with the people of the State on the Auno attack on Sunday.

The President is said to have arrived Maiduguri straight from Ethiopia where he attended the African Union Summit.

According to the itinerary of the President as obtained by our correspondent, he is expected to visit the Shehu of Borno’s Palace where he will condole with the people and Government of the State.

The President will later proceed to Government House.

It is not clear whether the President will visit Auno or not.

A source informed: “The President may visit Auno but we are not sure if security will allow him do so.”

He was received at the airport by Borno State governor, Babagana Umara Zulum