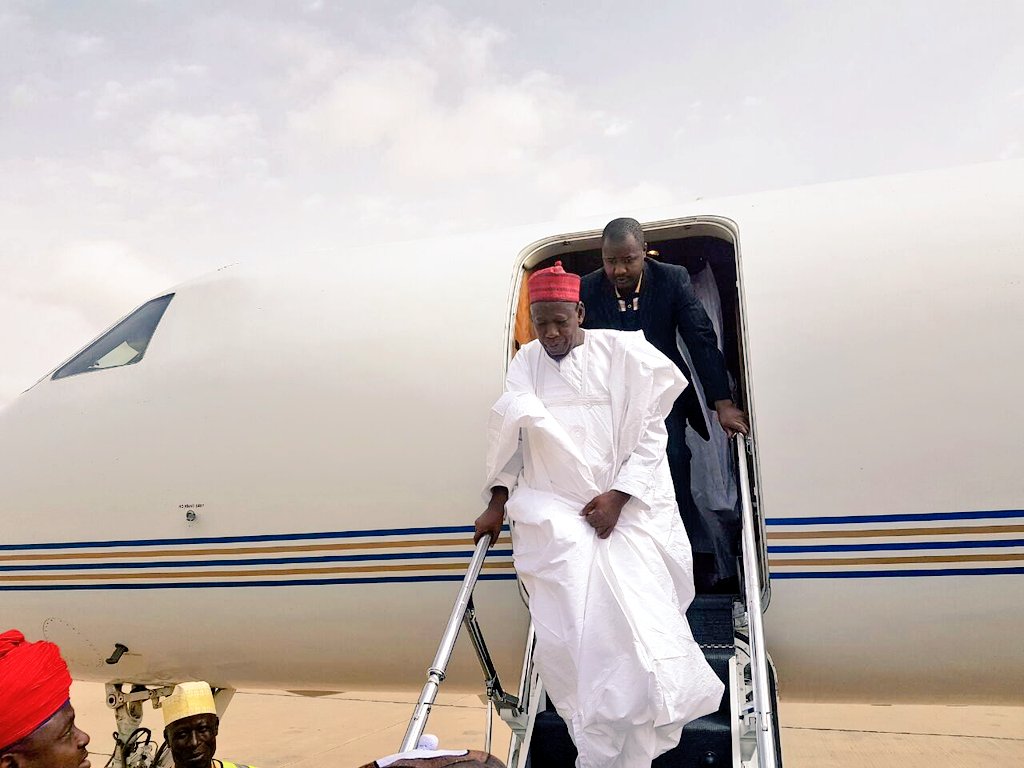 The ancient city of Kano on Wednesday stood still as thousands of residents trooped out to welcome Governor Abdullahi Umar Ganduje who was away from the state for two weeks.

The hillarious crowd trooped out in solidarity to celebrate with Ganduje who a week today savoured victory at the Kano state Governorship Election Tribunal.

Though the Tribunal’s verdict triggered off wild jubilation across the state last Wednesday, Ganduje’s home-coming attracted the biggest crowd ever recorded in Kano in recent times.

Business men, market women, artisans, students, the old and the young all abandoned what they were doing and trooped out just to have a glimpse and wave at the returning Governor.

They lined up along the streets waiving and chanting Sai Ganduje and several other pro-Ganduje songs, expressing their happiness over his victory at the Tribunal.

As at the time of writing this report, Ganduje’s convoy has spent over three hours trying to manourvre the crowd that trooped out to welcome him.