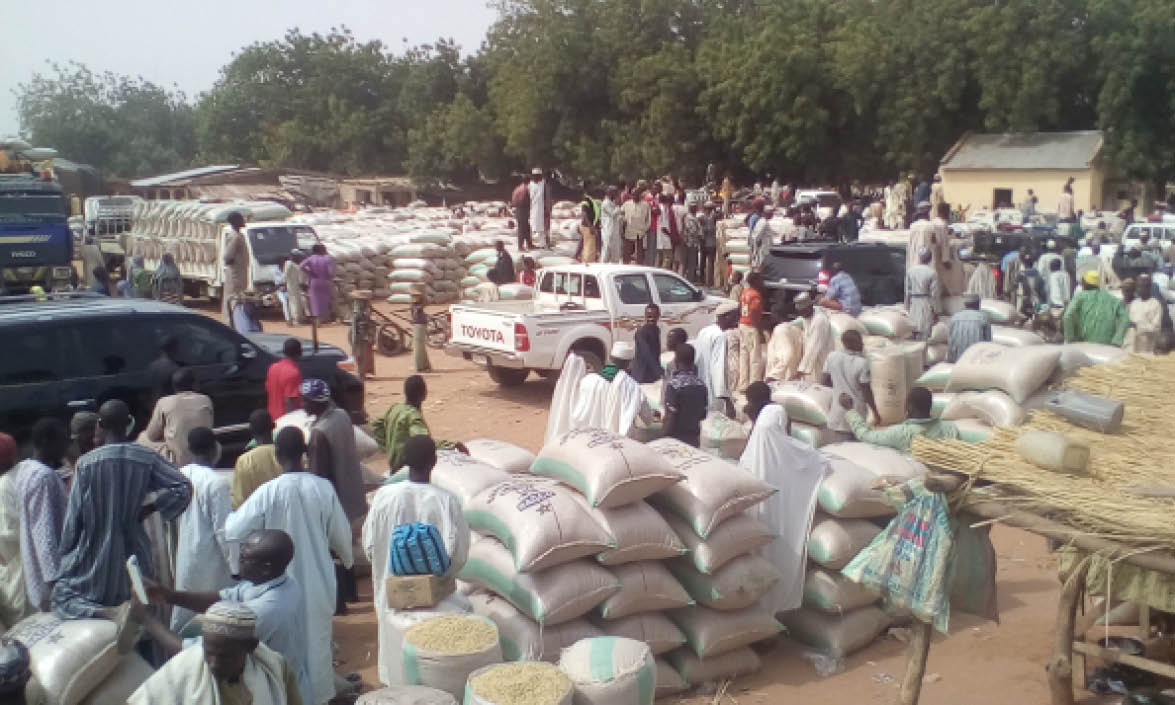 The Kano/Jigawa Customs Command  on Friday impounded a fuel tanker fully loaded with over 500 bags of smuggled foreign rice.

The Comptroller of Customs in charge of the Command, Ahmed Nasiru decried the new trick being used by smugglers to bring in contraband rice and other items into the country, describing it as not only deadly, but a danger to health of Nigerians and also poses serious security threat to the country.

According to him, the  smuggled rice was neatly concealed inside two out of the three compartments of a fuel tanker was on Friday intercepted along Daura Road in Kano state by officers of Kano/Jigawa Customs Command.

Ahmed who expressed worry over the new trick adopted by the smugglers to beat Customs checkpoints, lamented the health and security hazards of using fuel tankers to smuggle contraband items.

According to him, “rice seizures is what we do everyday. There is something in what we are witnessing today where smugglers now resort to using fuel or diesel tankers to smuggle items such as rice.

” Now, we are talking about health hazards of these foreign rice concealed inside compartments made for the storage of fuel and diesel. You can agree with that such item may no longer be safe for consumption because it is already poisonous for human consumption.

“Again, you can agree with me that since these smugglers can use fuel tankers to smuggle rice, they can also use the same mode to smuggle dangerous items such as arms and ammunition, guns, tramodol and other illicit drugs! We need to be watchful.

Ahmed who said the driver and motor boy of the fuel Tanker, with registration number NSR 95 ZC, used in smuggling the rice flee during the operation, also hinted that about two suspected smugglers who were arrested for their involvement in rice smuggling will be convicted by a Federal High sitting in Kano by November.