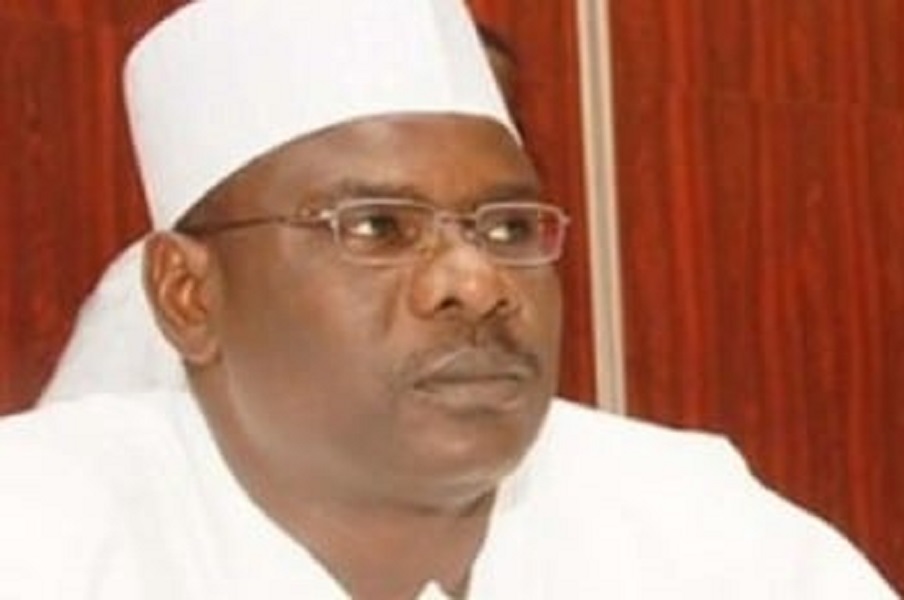 When the expired 8th Session of the Senate under the leadership of the dictatorial, draconian and repressive former Senate President, Sen. Bukola Saraki slammed a six-months suspension on Sen. Mohammed Ali Ndume, in March 2017, the action invoked empathy and condemnations from some of us.

We faulted the frivolous reasons the Senate Committee on Ethics and Privileges adduced for the suspension of Ali Ndume.  But strongly, the 181 sitting legislative days he was barred from plenary were prolonged, ill-timed and absurd; much as it constituted unfair depravity of his constituents from parliamentary representation.

Ndume has been in the National Assembly since 2003 when he was first elected into the House of Representatives to represent Chibok/Damboa/Gwoza Federal Constituency, where he served until 2011. He morphed into the Senate in 2011 as Senator representing Borno South Senatorial District and currently serving his third term in the upper chamber of the National Assembly (NASS).

By Ndume’s service records, it’s clear he was already a leader when Mohammed Yusuf the founder of   Boko Haram formed the sect; its years of incubation and eventual explosion into a national insecurity problem, years later.  Unarguably, Borno South Senatorial District remains one of the most ravaged and devastated part of the state by Boko Haram. Until now, Gwoza was once Boko Haram Caliphate headquarters.

And in spite of Sen. Ndume’s prime and privileged position as a parliamentarian whose jurisdictional enclave was directly affected by the heat of Boko Haram, his voice was rather muffled neither was his actions ever felt as his contributions to ending insurgency. But most of us felt, he may have been hamstrung. Alas, his appointment by the administration of former President Goodluck Jonathan into a committee to anchor talks with Boko Haram was a golden opportunity to deepen what many suspected was his dubious contacts with Boko Haram.

Then came the administration of President Muhammadu Buhari which channeled all energy and resources in quelling Boko Haram terrorism, with the glaring positive impacts under the leader of the counter-insurgency operations, Lt. Gen. Tukur Yusufu  Buratai.  I reasoned that Nigerians needed an insider like Ndume who would explain the imperative and nuances of the intermittent monetary demands on fighting Boko Haram as presented before the Senate for approvals and also, intimate the lawmakers about the plight of the people of Borno South worse hit by the menace of terrorism. So, to me, his suspension was against national interest.

Perhaps, it’s clear now that the Nigerian State Security Service’s which accused Sen. Ali Ndume alleging that he had links with Boko Haram as confessed by an arrested and interrogated Boko Haram suspect and spokesman, Mallam Ali Konduga. Sen. Ali Ndume was merely lucky to escape the hook hence the exposure came at a time he was appointed into the Committee to negotiate with Boko Haram.

His subsequent actions and utterances drapes with very serious suspicions.  It is understandable that Ndume currently chairs the Senate Committee on Army. But I could neither reconcile nor discern the rationale propelling Ndume’s recent outbursts on the floor of the Senate that 840 Nigerian soldiers murdered by Boko Haram terrorists in the course of battle from 2013 till date are committed to mother earth   in a military cemetery located in Maiduguri, Borno State; while a dozen others are buried in other military cemeteries scattered all over the Northeast region.

What immediately assailed my mind is what was Ali Ndume’s motivation for such disclosure? When soldiers die in battle, is the military cemetery not the right place for their burial with full military and national honors? Are they supposed to be buried in their respective villages by Ndume’s reckoning?

I immediately deciphered Ndume’s emphasis on this angle as a crafty and clever way of stoking sentiments and condemnations against the federal government of Nigeria and a subtle indictment of the military leadership.

I was excited when the incumbent Borno State Governor, Prof. Babagana Zulum accurately dissected these problems. Boko Haram bounces back because there is a sea of unemployed youths to be exploited and lured into the sect. Zulum’s focus now is how to arrest the mass poverty and underdevelopment of the state which has made it susceptible for the breeding of insurgents.

Leaders think positively and Gov. Zulum’s posture is positive thought. A leader has no business in stoking sentiments over very serious national security issues as Ali Ndume and co are pleasured to do.

What have the people done that the likes of Ndume cannot allow the ghost of terrorism to be permanently chained? Does Ali Ndume know the psychological impact on troops in the frontlines, when he churns out such unconfirmed and obviously inflated figures of military casualties in the anti-insurgency operations? It is a tacit instigation of revolt within the ranks of troops fighting for the peace and security of Nigerians. This is unpatriotic and uncharitable.

From 2003 to date,  Ali Ndume has been in the NASS. What empowerment schemes has he launched for unemployed youths in his senatorial district with the billions of constituency allowances that have accrued to him in the span of over 16 years? Is there any concrete development he can pinpoint as a legacy for his representative sojourn?   Why is Sen. Ali Ndume apparently uninterested in pairing up with Gov. Zulum to explore the problems that trigger terrorism and solve them?

Therefore, when a leader like Ali Ndume turns a blind eye to the rightful path and actions, but prefers to drum such inanities,  it beats me hollow.

Why is it that the war has not ended? Why do backers of insurgency don’t want it ended?  I have noticed over time that Ali Ndume particularly is fond of making unguarded utterances on the state of the war against insurgency. I he not interested in peace in Borno State?

Nigerians are aware that some politicians in Borno use their diplomatic immunity against the eagle eye of our security agencies to supply Boko Haram with food and hard drugs, because they have perceived an endless insurgency as personal protection and means of illicit wealth acquisition.

Ndume ought to be a relentless senator who wants to see the military’s zeal and determination to completely rout out Boko Haram insurgency in the Northeast geopolitical zone.  It’s better than shedding the crocodile tears in pretentious empathy for slain soldiers in the war.

Biu sent  this piece from Maiduguri.