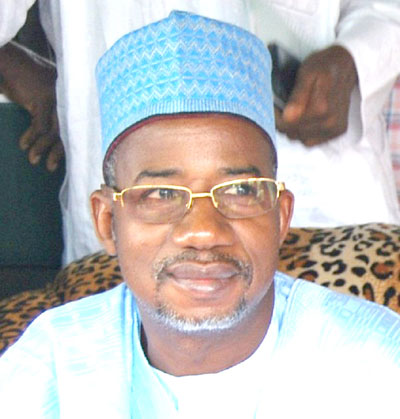 The Management of an Abuja based Non-Governmental Organization (NGO), National Advocates for Probity and Good Governance, has called on the Independent Corrupt Practices Commission (ICPC) Bauchi zonal office to investigate the disbursement of local government pension to beneficiaries by the Bauchi State Local Government Pension Board beginning from 2015 to date in the interest of the ongoing anti-corruption war of both the Federal and Bauchi State governments.

In a petition addressed to the zonal officer of ICPC and copied to Governor Bala Muhammed and other relevant organizations and made available to this medium signed by the Advocate-General of the NGO, Ahmed Muhammad, it was stated that from facts at the disposal of the NGO, there is an ongoing large scale of fraudulent activities in the board that is affecting the smooth disbursement of pension funds to beneficiaries as wished by Governor Bala Muhammed who has directed the monthly release of N50million to the board for disbursement to genuine beneficiaries.

The NGO is requesting for a forensic auditing of the disbursement of pension by the board to know the total amount receipted by the board from the State Ministry for Local Governments and other relevant organizations within the period under review.

It added that a complete list of beneficiaries of the state local government pension scheme since 2015 to date should be published by the board for public scrutiny as names of some suspected deceased persons has been featuring on the list of beneficiaries for fraud with such funds are diverted while others are paid twice for fraud.

The Advocates further revealed that through fraudulent activities and extortion of beneficiaries, some members of staff of the board directly involved or through fronts are owners of expansive mansions in choice areas and live above their legitimate earnings that a thorough investigation may expose.

The NGO appealed to Governor Bala Muhammed in the interest of probity and transparency as the trademark of his administration to appoint a Special Disbursement of Local Government Pension Taskforce within the period under investigation to disburse the monthly N50million to verify the true situation of things at the board as well as verify certain claims e-payment and BVN with various banks related to the disbursement of pension.

In his defence on the allegations against the board, the permanent secretary overlooking operations of the board, Ahmed Lawal who once served as personal assistant (PA) to the sacked Secretary to Bauchi State Government, Bello Shehu Ilelah during the administration of former governor M.A Abubakar, and alleged to have been posted to the board by the former Bauchi State Head of the Civil Service, Liman Bello for an undisclosed reason despite glaring case of incapacitation and inexperience, said: “It is because of the monthly N50million people are writing petitions. N1billion was even extended to the board by the M.A Abubakar former administration. The board does not list those to be paid their pension. It is the Head of the Civil Service that lists those to be paid. The board receives its finances directly from the State Ministry for Local Governments not from the office of the Accountant-General as erroneously stated by the petitioners”.

On whether he subscribes to the request for the appointment of a taskforce to disburse pension funds for the period of time as part of investigation, he fumed and said: “It is left for the governor. I have nothing to say on that because I was not in the board in 2015”.