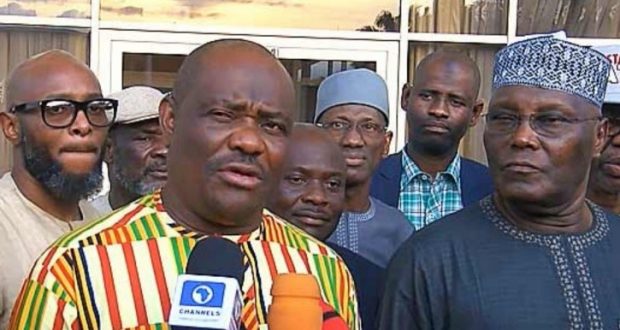 Before the second coming of former Senate President, Dr Abubakar Bukola Saraki, former Speaker House of Representatives, Rt. Hon Yakubu Dogara, former Vice President, Atiku Abubakar and a host of others, to the PDP in 2018, the Rivers state governor, Nyesom Wike, was to an extent in charge of the party’s structure. This was obvious during the Senator Ali Madu Sheriff and Senator Ahmed Makarfi PDP leadership tussle. It was also visible to all when the governor lambasted the entire South west in an effort to install his preferred candidate, Prince Uche Secondus, which successfully did.

However, the PDP presidential primary election turned the table against the Rivers state handler of the party. In the build up to the primary there was a heat up argument between Wike whom the party National Working Committee (NWC) was loyal to and the Board of Trustees (BoT), headed by Senator Ali Walid Jibrin, who is allegedly doing the bidding of former Vice President, Atiku Abubakar over the issue of venue for the party primary.

Notably, Wike threatened that “Let me warn the party, if you dare, Rivers state will teach the party a lesson. Those days have passed when they took Rivers State for granted. Nobody can use and dump Rivers state. No presidential aspirant can use and dump Rivers state. We never lobbied for it, we never asked for it, but it will boost the economy of the state. People will make money”. He also added that, I don’t know why anyone who wants to be president will be afraid of a venue. Then you are not prepared for the election”.

Surprisingly, just as he was not sanctioned for lambasting South west during the PDP elective congress, he was also “persuaded” to apologise. And the party like a beggar without an option was forced to take its PDP presidential convention to Rivers state, perhaps in other not to see the anger of Governor Wike. The primary was won by Atiku, despite the propaganda by Wike to install his friend, governor of Sokoto state, Aminu Waziri Tambuwal. Notably, Wike and a few others didn’t give the Atiku/Obi much support as expected, at the appropriate time during the 2019 presidential election.

The election of the leadership of the National Assembly re-awakened the rivalry between the ranks and file of the PDP. In a clear disobedience to party’s directive, the party’s choice of Sen Ali Ndume and Hon Umar Bago, as Senate President and Speaker of the House of Representatives, was not accepted by most PDP lawmakers.

This does not go well with many especially those in Governor Wike’s camp. Investigations revealed that some governors and some members of the BoT who are loyal to the Atiku’s camp threw their weight behind the Elemulu House caucus leadership all in an effort to wrestle the party’s structure from Wike. Consequently, the PDP NWC which it’s Chairman was singlehandedly installed by Wike suspended Elumelu and the six other House members for one month over alleged anti-party activities.

The lawmakers were suspended after they failed to attend a meeting with the NWC. Though, Elumelu recounted that he had sent a letter to the party explaining that he, and other suspended members couldn’t attend because they were already out of town. He specifically stated that he had already left Abuja to attend the burial of a relative he couldn’t afford to miss.

Interestingly, Wike who berated PDP lawmakers when he played host to his Oyo State counterpart, Seyi Makinde, said: “I am not surprised. When you have traders and merchants, what do you expect? It is unfortunate for those who do not understand what politics is all about. I am a core party man. I believe in the party”. 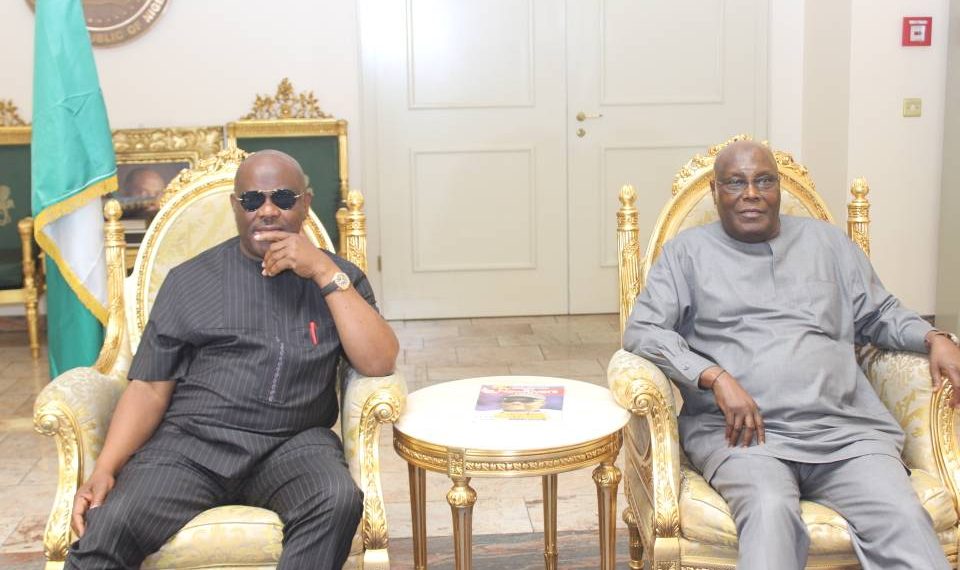 This was manifested last week when the Rivers State Governor, Nyesom Wike, described the committee set up by the BoT to resolve the Minority leadership crisis as the most corrupt in the history of the party.

Prior to this,  Wike had few hours after the dismissal of Atiku and PDP’s petition by PEPT on Wednesday congratulated President Muhammadu Buhari against his party’s and 2019 its presidential candidate, Atiku position to challenge the outcome of the tribunal’s judgement at the court of appeal.

Reacting to this, chairman of BoT, Senator Walid Jubrin challenged Wike to come out with evidence of corruption against Ayu’s committee.

“He did not write or tell me why he left or did not sign after the submission of their work.  As far as I’m concerned, I will leave that for discussion next Thursday when the BoT will meet. Since the inauguration of the committee, I have not spoken to them, I have not visited or interfered with their work or give any input in the course of their work”.

Blueprint investigation revealed that the disagreement between the Wike camp that is now championing the Southern interest and the Atiku’s camp that is believed to be in the fore front of the Northern interest was about the party’s structure and which region will produce the party’s candidate in the 2023 Presidential election.

Our correspondent who is stationed at the party’s Wadata Plaza headquarters in Abuja, observed that while some in the Atiku’s camp are subtly in contest for the party’s ticket for Atiku or any other northern to be the party’s ticket in 2023, others in Wike’s camp are also fighting hard to be in possession of the party’s structure for South to produce the PDP’s candidate or at least for Wike to be the running mate if the party settles for a northern.

A party Chieftain who does not want his name to be mentioned said “what is playing out is the 2023 game. This disagreement is about 2023. Wike want to have the structure so that his camp can produce the party’s 2023 candidate and Atiku’s camp who are majorly those who decamped back into the party in 2018 also want the party’s structure so that the Wazirin Adamawa can contest again or have a say in who fly the party’s colour in 2023”.

Political analysts however warned that failure of the party leadership to put its house in order on time, might further plunged the party into another crisis that if care is not taken will consume it before the 2023 election.