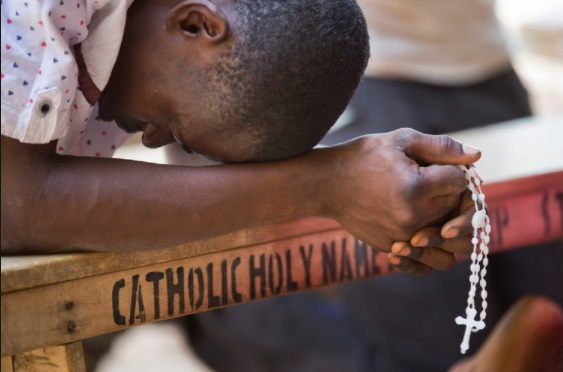 The Inspector General of Police  Mohammed Adamu has given marching orders to the Commissioner of Police in charge of the Taraba State Command to fish-out the killers of Rev. Father David Tanko.

The Police boss decried the fact that Catholic priest was gruesomely murdered in the most inhuman and barbaric manner by unknown persons in the early hours of Thursday at Kpankufu Village along Wukari Road on his way to Kofai Amadu Village in Taraba state.

Adamu, in a press statement by the Force Public Relations Officer DCP Frank Mba directed Commissioners of Police in all the states of the federation and the Federal Capital Territory (FCT) to, henceforth, pay special attention to the clergy and increase security around worship centres nationwide.

The IGP also directed the DIG in charge of the Force Criminal Investigation Department (FCID) to provide additional forensic and other investigative assets to the Taraba State Command to aid investigation into the incident.

The police boss, who condoled with the Catholic faithful in Nigeria over the unfortunate incident, expressed deep concerns over the recent incidents of attacks on cleric in some parts of the country.

He, however, enjoined the people to be calm and give maximum support to the police towards unravelling the authors of the crime, their motives, and circumstances surrounding the unfortunate killing of the priest.
Adamu reassured that the perpetrators of the dastardly act would not go undetected and unpunished.