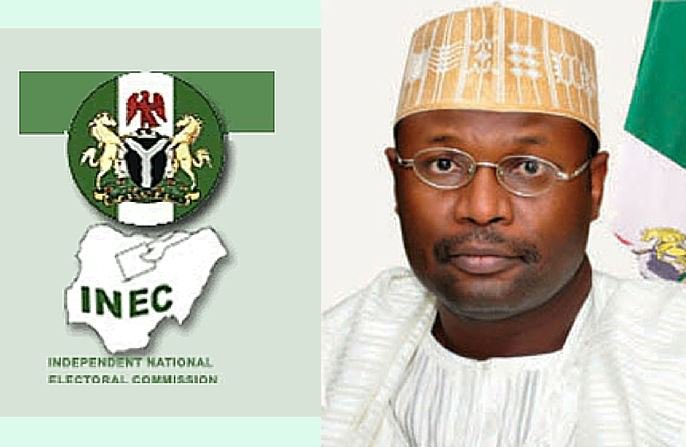 A political activist and former Deputy National Publicity Secretary of the All Progressives Congress (APC), Comrade Timi Frank, on Monday, called for the immediate resignation of the Chairman of the Independent National Electoral Commission (INEC), Prof. Mahmood Yakubu and equally for his arrest and prosecution over the flagrant breach of his Oath of Office and the Constitution during the conduct of the 2019 General elections.

Frank stated this in a statement he issued in  reaction to the report of the European Union Election Observation Mission in Nigeria for the 2019 General Elections which has considerably exposed the bias, unprofessionalism, and unpatriotic actions of the commission by colluding with the APC to thwart the will of Nigerians.

He noted that the submission by INEC before the Presidential Election Tribunal that it has no server has finally exposed Yakubu and members of the Commission who from the very onset adopted Buhari and all candidates fielded by the APC as their candidates, fraudulently declared them winners and now are working to again subvert judicial process by claiming it has no server.

He wondered why the INEC should claim that it has no server whereas money was voted for the establishment of same in previous approved budgets.

He however lauded a former Chairman of INEC, Prof. Attahiru Jega who has publicly stated that INEC indeed has a server and that results were electronically transmitted during the 2015 general elections.

The European Union Election Observation Mission (EU EOM) for the 2019 General Elections in Nigeria had in its final report described the 2019 presidential, governorship, federal and state Assembly elections as highly flawed and devoid of expected transparency and credibility.

Maria Arena, the EU Chief Observer, had while unveiling the report in Abuja said: “The mission concluded that the systemic failings seen in the elections, and the relatively low levels of voter participation, show the need for fundamental electoral reform.

”The EU report prioritized seven recommendations of the 30, one of which was that Nigeria to Strengthen INEC procedures for the collation of results to improve integrity and confidence in electoral outcomes.”

While commending the EU EOM for their courageous report and detailed recommendations, he called on the governments of the respective EU countries to immediately slam visa restrictions on those who masterminded and perpetrated the heinous irregularities, violence and anti-people tendencies witnessed during the elections, especially Professor Mahmood, heads of security agencies, members of the Armed Forces, APC chieftains and members of their families.

The Bayelsa-born political activist also called on the Justices of the Supreme Court to be fearless in declaring and upholding the presidential candidate of the Peoples Democratic Party (PDP), Alhaji Atiku Abubakar, who was rigged out by INEC as the rightful winner of the 2019 presidential election.

“The petition of the PDP challenging the declaration of Gen. Muhammadu Buhari as the winner of the 2019 presidential election is being heard by the Justices of the Appeal Court. Hopefully, they will soon give their ruling which will further be subjected to final review at the Supreme Court by either party. The Justices of the Supreme Court therefore owes Nigerians a solemn duty in resolving the case in favour of Alhaji Atiku Abubakar in line with the precedent already set by the Kenyan Supreme Court,” he stated.