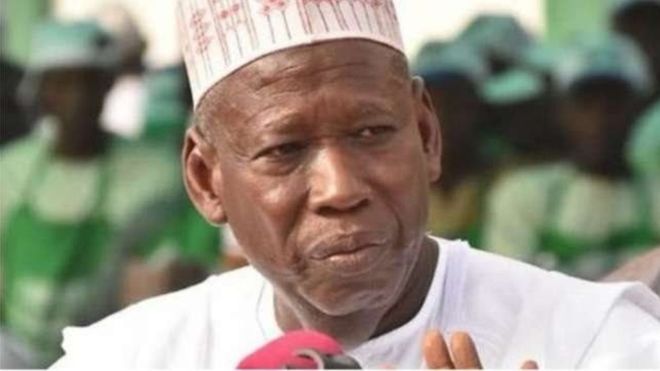 The Kano State Government has given the Proprietor of Dan’amar Poultry farm, Alhaji Umar Musa seven days to improve the sanitary condition of the farm or be closed down.
The News Agency of Nigeria (NAN) reports that the farm is located along Bichi road in Dawakin Tofa Local Government Area of the state.
The Senior Special Assistant to Gov. Abdullahi Ganduje on Sanitation Vanguards, Alhaji Jafaru Ahmed-Gwarzo gave the ultimatum in an interview with the News Agency of Nigeria (NAN) in Kano on Thursday.
He said the measure was necessary in order to prevent possible outbreak of diseases following the bad odour oozing from the poultry farm due to the poor sanitary condition of the farm.
He said inspite of the warning given to the Proprietor to address the problem following complaints by people of the neighbouring villages, the owner of farm had refused to address the issue.
“We have given the proprietor of the farm seven days within which to stop releasing the offensive odour or face sanction,”he said.
Ahmed-Gwarzo said the state government had also directed Gezawa local government council to within one week provide standard abattour at the popular market of Abasawa village.
He said the directive was necessary so as to ensure animals are slaughtered under healthy and hygienic condition.
“The present slaughter slab at the Labaran Abasawa market is unhygienic as it lacks the necessary facilities required for the slaughter of animals.
“Animals are being slaughtered on bare floor and there is no water to wash the meat after slaughtering the animals, “ the official said.
He said if by the expiration of the deadline, the local government council failed to provide another abattour, the state government would have no alternative than to close down the existing one.
He, therefore, called on sanitary inspectors working in the 44 Local Government Areas of the state to ensure strict enforcement of the state Public Health Edic in order to safeguard people’s health.

Nigeria Has Turned It’s Back On Southern Kaduna – FFK