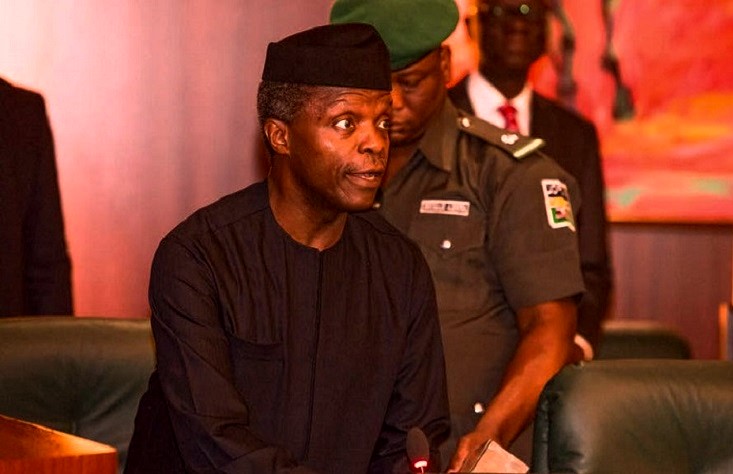 Loading ...
The attention of the student populace has been drawn to the invitation of Prof. Yemi Osinbajo, the Vice President of the Federal Republic of Nigeria to a public program by the Department of Fine and Applied Arts, Obafemi Awolowo University at Oduduwa Hall of the university on Saturday, 17th November by 12PM.
Firstly, it is condemnable that the department of Fine and Applied Arts of the university itself is a victim of the negligence of government on education by the virtue of the fact that the department, just like the faculty of Law, FNC, Nursing, Dentistry etc., lost accreditation to National University Commission (NUC) in the last conducted accreditation exercise in the university. To invite such a prime figure behind the underfunding of education to be honored among students is a mockery on students and education itself.
Apart from the fact that Nigeria is at a period of economic and political bondage as a result of the anti-masses policies of the federal government on the people as piloted by the Muhamadu Buhari and Yemi Osinbajo – led Presidency, it is also alarming the ridiculous manner in which education has been drastically neglected leading to incessant hike in fees across several institutions that has made it difficult for average children to access qualitative education, and the struggle against these by students has led to grievous victimization of students and repressions on students’ unionism even on Obafemi Awolowo University.
It is therefore surprising how Prof. Yemi Osinbajo would be able to speak about “Freedom On Leash” as the theme of the program when the federal government is at the height of the leash on mass of people.
At this period where the Academic staff union of universities (ASUU) has been on strike across universities including O.A.U over the rotten state of university education, it is still a shock to us that the only solution provided by the government is for tertiary students to begin to pay 700,000 naira as tuition fee per session. We therefore see the presence of such anti-student figure of the government in an academic arena to be a guest speaker, as a rape of our collective intelligence in a university where students’ academic activities are currently battered by the nation-wide industrial action of ASUU.
We make bold to assert that Prof. Yemi Osibajo is not welcome on OAU campus and he should firstly;
—Initiate the adequate funding of education by committing at least 26% of the country’s budget as against the paltry 7% to the education sector
—Immediately yield to the demands of ASUU on University education and earned workers allowance
—Immediately effect the lift of the workers wage beyond 30,000 naira minimum wage to alleviate the striking poverty level in the country.
SIGNED: GREAT IFE STUDENTS’ UNION ACTION COMMITTEE; Gbenga Von; Pro tem Chairman.