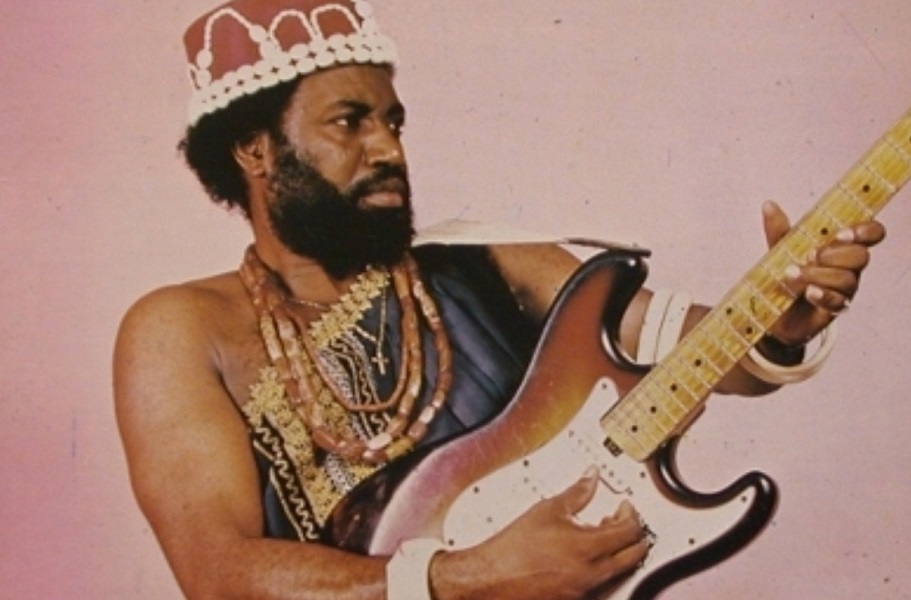 Darlington is one of the children of the late high-life musician and guitarist, Sunday Akanite, otherwise called Oliver de Coque. He talks about the life of his father off the stage with MOTUNRAYO JOEL

What was it like growing up with your father?

It was awesome. My siblings and I didn’t see him as a famous figure. He was a normal, caring, jovial and loving dad to us. Whenever I went out with him, I was treated in a special way. I always loved going out with him. Home was home to him. He always made his time at home a special moment. He was definitely fun to be with.

Describe his personality at home?

He was a type of father that commanded fear. I personally became frightened whenever he shouted at me. We always avoided getting him upset. At the same time, he was very funny at home. Whenever he entered the house, he became his real self, Sunday Akanite, and no longer Oliver De Coque. He loved to watch cartoons and play around with his children.  He also loved to play his guitar and sing for us.

What interesting places did he take you to?

He took me to the United States to watch the 1994 World Cup. I was quite young then. He and his band members were invited to perform. I also remember when I travelled to South Africa. It was an interesting trip. It was during the late Nelson Mandela’s birthday celebration.

Was he strict while you were growing up?

Yes he was strict but friendly too. I remember the only time he beat me really well. I had spent the night at a friend’s house without informing him. When I got home the next day, he pounced on me. At other times, rather than beat me, he deprived me of accompanying him to functions whenever I misbehaved. I disliked that a lot. I really enjoyed the VIP treatment I received whenever I accompanied him.

You chose music like your father. Did he influence your decision?

He never influenced my decision to become a singer. I believe my love for music came naturally. I still remember performing in school. That was how my love for hip-hop grew. I began to write songs within a short while. He was happy about my decision. I’m not the only one who is into music; my brothers are too.

How many children did your father have?

We are 12; seven boys and five girls.

How has his family been able to manage what he left behind?

My father settled his will while he was alive. He clearly spelt out what belonged to each one of us.

How did he come up with the name, ‘Oliver De Coque’?

His other name is Oliver. But while growing up, he was popularly called the Game Master. This is because he was good at the game of draft. Draft in Igbo language is ‘Okwe.’ People began to call him Oliver di ka okwe. He then changed the name to sound more like a French name that was how he came up with Oliver De Coque.

How did he relax after performing at shows?

He loved to eat fruits. He always said that as a family man, no matter how bad your day went, you should always buy something for your children. Whenever he was coming home, he would buy fruits. He also loved to watch Nigerian movies and listen to Fela. He liked other artistes including Sunny Ade, Tupac, Bob Marley and the then hip-hop group, Plantashun Boiz.

What was the most important advice he gave you?

He said whenever I go out to perform, I should not focus on the monetary aspect. Instead, I should be more concerned about pleasing the crowd and making them happy. He also warned me not to spoil the family name. My father lived a life of purpose. He was also disciplined, straight-forward and had a listening ear.

Was he an overprotective father?

He was to me. This is because I lost my mother when I was 11 months old. That made both of us so close. The day he died, I was by his side.

Who were the famous faces you saw at your home while growing up?

The likes of Fela, Sunny Ade, Ebenezer Obey, Sir Shina Peters and many others.

What were his likes and dislikes?

He liked those who are straight forward; he detested lies. He also liked hard-working young men and disliked lazy people.

What were his hobbies?

At what point did he experience his saddest moment?

It was the year he lost his mother. They were very close. He said after she died, he felt as if a part of him had gone. He couldn’t step out of the house. He was sad. She died in 2007.

Would he have loved to change anything about himself?

I think his flamboyant lifestyle. He always said he wasn’t proud of some of the financial decisions he made.

What were those things he liked to splurge on?

He loved to buy clothes. He spent a lot of money maintaining his looks. In fact, he spent N30,000 on his beard weekly. It may sound funny but taking care of his beard alone cost him N30,000. He went to his salon twice a week. He always said his beard was his signature look. He said if someone decided to keep beard, it was right to maintain it.

What were the challenges he faced in life?

At the beginning of his career, he started as a vocalist. He didn’t know how to play guitar. Whenever he had gigs, he would invite people to play for him, and most times they ended up disappointing him. He was forced to learn how to play the instrument. Also, it took time before he became popular. He once begged to perform at hotels and he wasn’t paid for his performances.

Can you name things Nigerians don’t know about him?

He had a good sense of humour; he loved to crack jokes. He loved to give people money; the day he died, he gave N5, 000 to some boys who hawked sausage roll on the street. He was also a shy person.

What led to his death?

He fell ill at the end of year 2007. He was diabetic and hypertensive. I believe most artistes don’t like to disclose their health challenge. I think that mentality is wrong. I feel if he had disclosed his health challenge, he would have gotten help quick. He was ill for three months. He then recovered in February 2008 and began to go for shows. He died on June 20 but he had planned to travel to the US on July 2 for checkup.

It was as if he knew he was going to die because on the day he died, he decided not to go out and he wanted me to stay by his side. That morning, after he had his breakfast, he began to feel ill. He said he was going to cancel his appointment for that day. I didn’t know it was a serious matter; all I did was to console him. I went to the bathroom to take a shower and then told him that I wanted to visit a few friends.

He begged me not to leave his side; I became upset. I thought he was depriving me of catching fun. I grudgingly stayed back. While I was with him, he began to tell me the story of how he started his career. While talking, he complained of not breathing well. He then decided to go to the hospital. On our way to the hospital, he called the driver to increase the temperature of the air conditioner; he said he was feeling hot. I became scared when he began to shout ‘wheelbarrow! wheelbarrow! ‘Darlington, please bring a wheelbarrow.’ I was wondering what was happening. It was after he died I realised he was referring to a wheel chair.

What did he need a wheelchair for?

I think he was becoming paralysed and unconscious. When we got to the hospital, he was rushed to the emergency ward. Throughout his time at the hospital, he kept begging me to save him but there was nothing I could have done. Before he died, he held my hand close to his side and took his last breathe. I closed his eyes and kissed him on the forehead. I was so confused about all that happened.

I told him to make his health condition public. I believe more than 200 Igbo people can lay their life down for him. He is gone and the vacuum he left can’t be filled. It is a lesson for us all, whenever one is facing a challenge, one shouldn’t keep quiet about it. I want people to learn from his death.

Can you describe him in three words?

He was fearless, courageous and honest. These are the words I can use to describe him.

What do you miss about him?

I miss his face and voice. Most times to console myself, I listen to his voice. I feel blessed that I can still hear his voice through his music. Whenever I listen to his song, it is as if he is talking to me. I feel lucky that despite his death, his presence still remains with me.

Do you feel under pressure to surpass his feats?

My father and I are different. Great men like my father come once in a life time. I don’t think I can break his record; maybe my children will achieve that.

His music promotes Igbo culture. What is your family doing to preserve his songs?

We are planning to hold a big event for him next year. We have spoken to big companies about our plan. We also hope to build a school of music/foundation in his memory.

What made him happy?

He enjoyed listening to music and watching news channels. He particularly enjoyed being with his family; that made him happy.

He was referred to as the most popular high-life king of Africa. How did he feel about the title?

He felt honoured but he was a bit shy of his success. Sometimes, he felt he didn’t deserve all the titles he had.

What age would he have loved to die?

What was his favourite food?

He loved wheat with oha soup.

If he wasn’t dressed in his native attire, he loved to wear suit or sweatshirt with jeans.