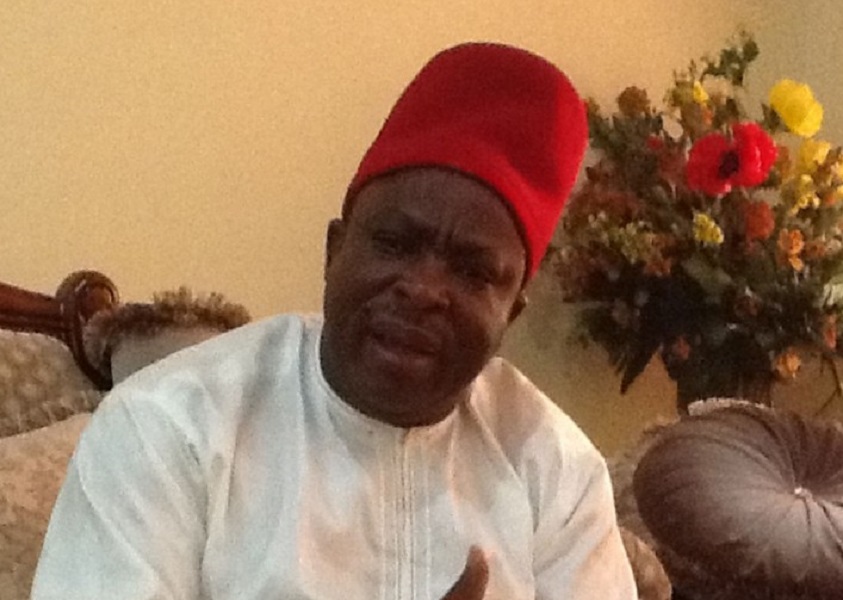 The immediate past national chairman of All Progressives Grand Alliance (APGA), Chief Victor Umeh, has said that the chances of his party’s candidate, Governor Willie Obiano, winning the November 18, 2017 Anambra State governorship election remains as bright as ever.

Umeh who is the Chairman of Obiano’s reelection campaign committee, was speaking in an interview against the backdrop of the emergence of candidates for the major political parties taking part in the election.

According to him, Obiano stands tall above other candidates that have so far emerged and better positioned to deliver more dividends of democracy to the people of Anambra State.

“We are going to win the election. We have every reason to win. One, there was a general agreement and understanding at the end of Peter Obi’s second term that the governorship seat should be zoned to Anambra North and then moved to Anambra South after eight years. Governor Obiano has done his first term and he is just going to do one term and power moves to the South in four years. Any other candidate will spend two terms and that would mean that the people of the South will have to wait for eight years for them to get the governorship seat against the agreement reached. Secondly, Governor Obiano’s performance has been excellent. Yes, the people will decide. But they will exercise their discretion in favour of APGA, because they are convinced that Obiano deserve a second term due to the outstanding performance in his first term. Anambra is safe today because of what Obiano has done. Workers salaries are paid as at when due and so workers are all happy with him. He has made significant impact in agriculture, especially as can be seen in the area of rice production. We have seen the sincere implementation of programmes and execution of projects by his government,” Umeh said, adding that “In the history of Anambra State, he (Obiano)remains the best governor after three years in office. What some people would be attempting to achieve in second term he has achieved it in his first three years in office. Every community in Anambra State has benefitted from his government. He gave each community in the state N20 million for projects of their choice. No governor has ever done that. Anybody coming now will only be making promises that they cannot fulfill. They will tell you, I will do this, I will do that. They are only coming to experiment. But Obiano has been tested and can therefore be trusted. He is not coming to experiment but to simply continue the good works he is doing.”

He further noted that “APGA has a character that allows for development. Obiano is standing on the strength of that character. He has no godfather. APGA has no godfather. APGA does not believe in godfatherism. The party has always given total support to the governor without anybody playing the role of a godfather. Peter Obi enjoyed that support when he was the governor under APGA. Nobody interfered in his administration in the name of godfather. Obi wanted to at a point give the impression of being a godfather. But he was never a godfather when he was in APGA before moving to PDP. We all worked collectively for the victory of Obiano as APGA’s candidate in the last election and that is exactly what we are doing now as a party. I have always played major role in APGA. I have always worked with others for the success of our party. But I have never put myself out as a godfather. Why should I when I know that it’s a collective effort. So, let nobody be deceived, we don’t play politics of godfaterism in APGA.”

Continuing, the APGA stalwart said: “It is foolhardy to think that Peter Obi can convince the people that his candidate should be voted for because of his (Obi) performance as governor under APGA. The people will look at the candidate and not the person behind him as godfather. Obiano’s profile of service and career is far above all the other candidates seeking to contest with him in the November 18 Anambra election. He has proved his worth in the areas he has served. Governance is not about being a Diplomat or working in the United Nations. It is about the ability to deliver and have a comprehensive knowledge of governance that will enable you to effectively deploy state resources to the benefit of the people. You have to be an investment expert to be able to govern well. Obiano is a chartered accountant and a banker of high repute who knows how to attract investments. He is an investment expert. And he has proven it from the way he has been able to attract investments to the state. You have to be a broad-based person to be able to properly channel the state resources. So, that you are a Diplomat does not give you enough credentials to govern a state.  I’m talking about the man they smuggled in as PDP candidate. As for the APC candidate, he is a young man, a good person. But his profile is also not rich enough to be compared with that of Obiano. Obiano is the best candidate. His victory will keep the moral agreement of handing over power to Anambra South after it has resided in Anambra North for eight years. Those promising to spend four years and give way for the South to come in are saying so out of desperation. They are only deceiving the public. It is a political bait. By the time they spend three years, they will start sponsoring people to beg them to continue. Don’t be deceived by their vague promise. Nobody will go there and want to do only one term. If they are allowed, they will only end up short-changing the people of Anambra South. Obiano can only spend another four years constitutionally. That is why I said it is only his victory in the coming election that can ensure that the mutual understanding of power moving to Anambra South is kept as agreed.”