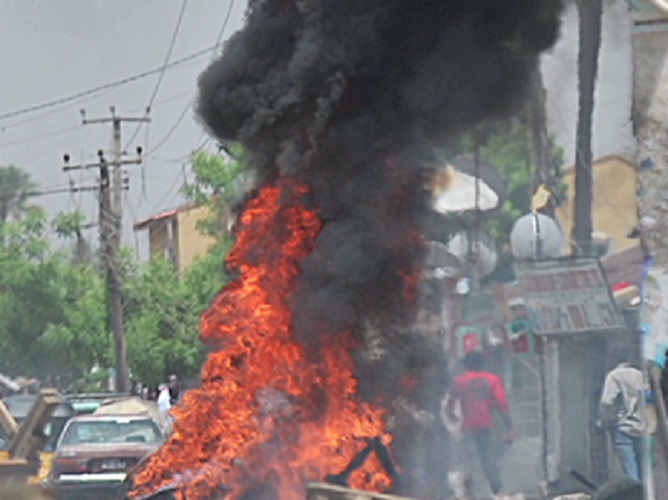 Election has a major role to play in the polity. In a state where there is an unvarying democratic process, the indispensable place of election cannot but be overemphasised. This is hinged on the very fact that elections have a fundamental role to play in the assortment of political officials in government offices. Hence, election is a foremost constituent of psephocracy, a practice that is founded on the principle of elected officials representing or governing a group of people.

Nonetheless, election becomes a prime method of selecting eligible citizens into public offices. This gives the masses the sore dispensation of deciding who to sit on the seat of any political office. The point is that elections belong to the citizenry. The people decide for themselves who to direct the political affairs of the nation, whether their decision would come back to irk them or not. Nevertheless, it would be thoughtless of anyone in our present age and political progression to think of democracy without making allusion to the needed principle of elections.

It is needful, however, to emphatically make out that electoral processes in Nigeria are erected and fused on violence. Nigeria’s political history has become stuffed with violence even before, during and after elections in all frontiers. This contemptible menace in the electoral processes did not just start with the immediate past presidential elections but has been in existence since the pre-independence period.

Nigeria’s political history is replete with instances of electoral violence, right from independence on October 1, 1960. The Human Rights Watch, in 2007, in its follow up of post independence events, described Nigeria’s post-independence history as being overshadowed by the depredations of a series of corrupt, abusive, and unaccountable governments. There has always been physical attack on political opponents, intimidation of voters, kidnapping of political opponents, violence at party campaigns and conventions, attack on security personnel on election duties, snatching and destruction of electoral materials and so on. The occurrences are myriad.

We have had a lot of them as long as elections are concerned. The underlining factor is that these observable facts can be traced as far back as the colonial period. In fact electoral violence goes all way back to the political history of Nigeria. And this does not help the growth and strengthening of democracy in the country. With the various electoral violence in the country the purpose of democracy is been crushed and routed.

A historical trail of the kind of politicking that has been in operation since the nation’s independence from the colonial masters proposes that the nation and her citizens seem to have learned a life style of violence at elections. There has never been an election in this country of ours that is devoid of violence of any form. It is either humans are being slaughtered like cows and rams for festive celebrations or structural properties are been burnt and ruined as if they were not gotten through the hard work of men. After almost every election conducted in the country, there must be recourse to the Tribunal whether it is in the state level or federal level, even the local governments are not left out. This is because of the colossal rigging, fraud and violence that trail the whole electoral process.

I am very sure that every citizen of this country can remember the do-or-die aphorism that went about in the 2007 elections. Facts and figures still have it that, that very election was the worst conducted in the history of humanity. It was an election typified by invasive violence prior to the elections, during the elections and after the elections. It was an election that took a lot of lives and properties. Because of the apprehension that enveloped the entire atmosphere at that time, the masses did not turn out to cast their votes. Their rights were infringed; democracy was massacred and dictatorship had its course.

Although the 2015 general elections was said to have been free of violence, be that as it may, it had some bits of violence pre, during and post the elections in certain locations. Some candidates during that election shed human blood just to get into power. Even security men who were deployed to those locations to instil peace and harmony were the progenitors of violence. Eye witnesses have it that while voting was going on peacefully in some areas, these security men disguised themselves and stormed these places in trucks to upset the elections. They shot at sporadic intervals into the skies and listless lives were lost in this mishap. As the guns rumbled, hundreds of voters in those venues scuttled for safety. As the voters and electoral officials are running for their dear lives, these security personnel haul away the electoral materials. I am very sure that this happened in some other places in the country and this was an election that was affirmed to be the best in recent times. Where is our country heading? Where is our right to cast votes?

The recently rerun election in Rivers State is not far away from the normal electoral practice in Nigeria. Violence and butcheries were the order of the day. There was disagreement between party agents and the presiding officers. Security agencies were smoothly used to rig the elections. There was late arrival of voting materials and snatching of ballot boxes even by security agencies. Regardless of these glaring abnormalities, the General Officer Commanding the 6 Division of the Nigerian Army, Major General Kasimu Abdulkarim still denied that Nigerian Army troops were in no way involved in any form of ballot boxes snatching, neither were they involved in the escort of politicians. Hoodlums, assisted by security agencies came out to attack the masses that were coming out to exercise their franchise. So many lives and properties went with that election.  It was really a bloody rerun elections in Rivers state.

The widespread electoral violence in the country does not only downplay the purpose of   democracy rather it has garnered antagonism and antipathy among political party opponents.    It is very true that Frantz Fanon a Martinique born Afro-Caribbean psychiatrist, philosopher, revolutionary and writer developed the idea that ‘violence begets violence’. In view of the fact that this maxim is held to be true, the victims of violence want to have revenge and they do not consider the act as a means of promoting violence. They just see it as a way of thwarting violence. The vile act of revenge becomes an answer to violence. With this mounting spirit of having retribution over the wrong that has been done by violence, anger and rift become a normal practice. Consequently, the unified Nigeria that everyone craves for would not be achieved.

It is lucidly known that all the people who keep up this act of electoral violence are never brought to book. I think if one person is chastised totally and reprimanded for election violence to serve as ‘scapegoats’ to other people that are nursing the intention.

I am still searching out the reason political candidates fight tooth and nail to get into office. I do not think they are combating all forces around just because of service, rather there is a selfish drive sandwiched with voracity that is propelling them. I think there is a great need for a complete revamping of the electoral process in the country. With this face-lifting in the electoral system, the badly informed youths who make themselves agents of violence would be educated enough to know that politicians are only using their heads to gratify their egotistic interest and political will. At moments of failures and defeats, the politicians too must learn how to accept defeats and let sleeping dogs lie.

The government is not left out; there is need for grassroots civic education before any election and voters’ education. The task of Governance is a collective responsibility that the entire citizenry and Civil Societies need to help the Government and the populace to advance the cause of Electoral processes and conduction of free and fair and credible elections.

Unemployment and joblessness are a key component in the mishap that raises its ugly head every election season. 70% of the Nigerian Population are youths and only 5% percent of this population are gainfully employed. The vast majority just hang on the thread of job insecurity to embarrassing conditions of servitude and dependence, thereby becoming puns on the political chessboards of these politicians. A country that does not have a blueprint for the training, education, support and employment of her youths, is at the brink of total collapse. Sadly enough, this is the unfortunate story of the so called giant of Africa, Nigeria. There is need to provide jobs for these teeming youths who surely assist the politicians because they need something to eat. The process needs to be refurbished. And this process must begin right from the primaries through the entire electoral process. The political candidates must understand the tenets of leadership and service. We must all promote democracy and avoid the evil of violence.

Rev. Fr. Akowe John-Duke is a Priest of the Catholic Diocese of Auchi, Edo State, Nigeria.