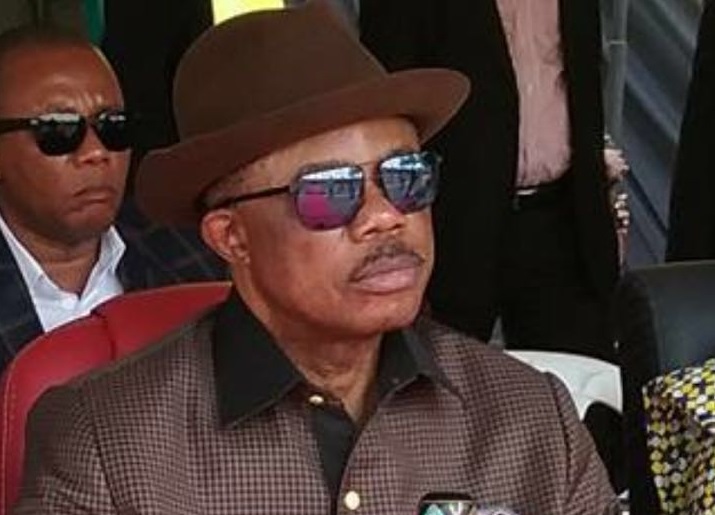 Recently, the social media suddenly caught flame with stories
screaming about how the Governor of Anambra State, Chief Willie Obiano
is a failure. In what looks like a massively funded smear campaign;
pay-per-tweet mercenaries and scores of social media trolls who are
mere puppets dancing to drums from Nnewi had risen like a soulless
mass of trumpeters to shout at the top of their voices that Willie
Obiano is a failure. Nawa o!

What is the meaning of the word failure? What makes a leader a
failure? Does it mean that once cyber trolls get paid they lose the
cognitive capacity to modify the hate message they are given? It is
such a shame that people who collect blood money to assassinate the
character of leaders cannot even apply a simple logic to their
campaign of hate. It is appalling that these fellows cannot reason
that when people who have not paid attention to the affairs of Anambra
State in their thousands of previous tweets and facebook and blog
posts suddenly begin to generate tons of hate materials against the
governor, the world would instantly know that they are doing a hatchet
job. They do not know that no serious minded Nigerian who suddenly
reads ten identical tweets condemning one individual will immediately
smell foul play in the emerging pattern. These guys need to return to
re-calibrate and relearn the fundamentals of reasoning and logic
because the game has gone a few notches higher, really.

If common sense had not taken flight, how could anyone give you money
and hand you a few tweets with identical headlines and ask you to go
to town with it and you head to cyberspace to push it out without even
thinking of the need to sound slightly different from others? And what
really do they mean when they say that Obiano is a failure? What are
the basic manifestations of failure and how does Obiano fit into that
frame of reference?

Pray, does a man who in less than one year in office cleaned up
Anambra State of crime and criminality fit into this frame? Hitherto,
Anambra was an anathema. A taboo! Forbidden! Somewhere people dreaded
to visit; a geography which inhabitants deserted for their own safety.
But Obiano had wiped the state clean without spilling blood; chased
kidnappers and armed robbers out of town, cleaned up Upper Iweka and
restored the confidence of Ndi Anambra in the home-state and the pride
of Ndigbo in this frontline Igbo state. How does that make Obiano a
failure? Somebody please tell me!

Does a man who started an Agricultural Revolution that has placed
Anambra on the agricultural map of Africa qualify as a failure? Only
yesterday, the Minister of Agriculture, Chief Audu Ogbe, the governor
of the Central Bank, Godwin Emefiele, governor of Kebbi State and
chairman of Agricultural Committee, Senator Atiku Abubakar Bagudu all
stormed Coscharis Farms in Anaku, Ayamelum Local Government Area to
witness first-hand the impressive partnership between the State
Government and Coscharis Farms that was midwifed by Obiano. As the
monstrous Combined Harvester deployed on the expansive rice farm of
Coscharis Farms revved to life, the visitors were full of praises for
governor Obiano’s powerful vision. The chairman of the Coscharis
Group, Dr. Cosmas Maduka spoke even more tellingly about the import of
Obiano’s vision, lauding him for making his 29 year-old dream come
true.

Speaking with an emotion-laden voice Dr. Maduka said “His Excellency,
Governor Willie Obiano is the person we should give all the credit for
making this a reality because when we talk about providing leadership
it is all about the government providing the enabling environment for
businesses to thrive. When he first came into Anambra State, he took
care of criminals, kidnappers. Today we have people from the
Netherlands, India and Australia working in this farm for two years
without any incident. That was the first important thing he did. These
people would not have come. Creating the enabling environment; because
we don’t have the expertise to do what we wanted to do.” Pray, with a
testimonial like this from one of the leading investors in Nigeria,
why would anyone in his right mind adjudge Willie Obiano a failure?
Somebody please tell me!

Does a man who built six bridges simultaneously in two years while the
country’s economy was sliding into a recession deserve the tag of
failure? In the past two years Obiano has built the following bridges
– Arroma Bridge (Awka), Kwata Bridge (Awka), Amawbia Bridge (Amawbia)
Ebenebe Bridge (Awka North), Aguleri-Otu Bridge (longest in the South
East) and Iyiora Bridge (Anam). All these bridges are there for
everyone to see. In the history of Anambra State and I dare say, most
parts of Nigeria, this is a record. That is the reason some local
folks refer to Obiano as “oji bridge eme ogo,” which loosely
translates to “the one who has demystified the tough task of building
bridges so much that he now dispenses it as a mere token to deserving
folks.” How does this fit into the dark narratives that seek to paint
Obiano as a failure? Somebody please tell me!
Again does a man who increased the salaries of workers by 15% at a
time when other state governments were borrowing commercial loans to
pay salaries qualify as a failure? I don’t think so. Does a man who
granted amnesty to 25 prisoners and gave each the sum of N1m to help
them find their footing in the society at a time Nigeria is in a
recession qualify as a failure? I don’t think so either! Does a
governor who has signed away all his salaries as a donation to charity
qualify as a failure also? Perhaps only in the imagination of some
money-grubbing social media denizens who live on hand-outs from Nnewi.

Perhaps too, it would help these social media gremlins who live in
Lagos and other cities and so are completely unaware of the sterling
performance of the Obiano administration in Anambra to remember that
they cannot write the story of Anambra State with their smartphones in
a distant land. Mbanu! That story will be too tongue-tied to echo
through the hills and the caves of Ogbunike and Owerre Ezukala! And if
ever it forces its way to our ears, it will speak in a tone too muted
to force understanding. Eziokwu bu ndu nwannem!