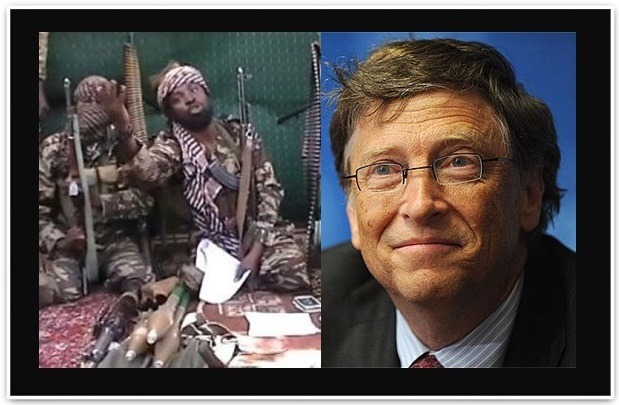 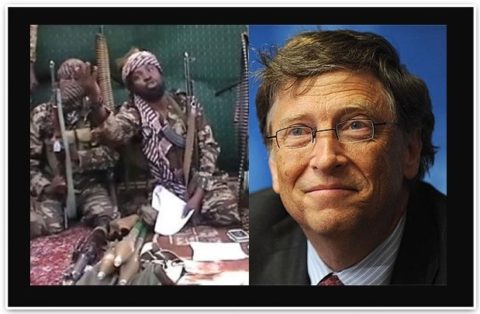 The Global Prolife Alliance (GPA) Council has identified American billionaire, Bill Gates as a major foreign sponsor of the Boko Haram insurgency in Nigeria’s North East region.
Speaking with journalists in Owerri, the chairman of the GPA, Dr. Philip Njemanze disclosed that Gates and Monsanto were sponsoring the insurgency in the region using their biotechnology companies.
According to him, the major aim of the insurgency was to capture the food security of Nigeria and control Africa’s largest nation by population and economy, adding that this could only be possible by fighting to displace the indigenous farmers in the country and replace them with Genetically Modified Organisms, GMOs corporate farms in the North East food basket region of Nigeria.
Njemanze, revealed that the name Boko Haram was only used as a cover-up in the terrorism attacks, saying that the actual perpetrators were hired assassins and mercenaries by the Blackwater (also called Xe-Service, and now Academi) private army owned by Gates and Mosanto.
He disclosed that Blackwater which was purchased in 2009, “began the recruitment of former child soldiers from Liberia and Sierra-Leone of what remained of Charles Taylor’s army in Liberia” and trained them in Ougadougou in Burkina Faso despite the ban of the company by President Johnson-Sirleaf of Liberia.
The GPA chief added that the Liberians and Sierra-Leoneans were brought to Nigeria as ECOMOG boys to fight as Boko Haram.
He stated that the assignment of the insurgents was to displace the farmers in the North East and create fall in the agricultural production of the country as well as to compel the federal government to adopt large farms that grow Bill Gates /Monsanto GMOs crops to feed the nation.
With this strategy, he said that such staple food as rice, cassava, maize, sorghum, millet would be replaced by Gates/Monsanto variants, thereby effectively surrendering the food security for the over 170 million Nigerians to them.
“The volume production of these GMOs crops will come at lower prices than that of the organic food grown elsewhere in Nigeria and they will price out of the market the conventional organic foods, leaving the Bill Gates/Monsanto crops the dominant crops for food in Nigeria”.
Njemanze also raised an alarm about the high technology approaches used by Gates in executing the terrorism plan.
According to him, Gates’ recent interview in Daily Trust where he said he was quoted to have said “Bill Gates Foundation was carrying out satellite Remote Sensing of the North East area to study migration patterns of people” clearly supported the assertion of Global Prolife Alliance, adding that what that statement meant was that the Satellite images against the Nigerian law were being used as espionage in the state of emergency to identify military installations and how to evade and attack them.
He also attacked the electronic wallets (cell phones) given to farmers by Bill Gates through the federal ministry of agriculture to provide the farmers with agro-credits for fertilizer and GMO crops, describing it as wallets of death.
According to him, the offer was made and accepted in total disregard of the evidence presented by the United States Department of Agriculture (USDA) that GMOs does not increase crop yields, but rather may lead to decrease in overall crop production, damage to fertile grounds and dangerous health risks were still being uncovered including cancers and other debilitating diseases.
With the cell phones which have Global Positioning System (GPS) device, he continued, the position of every farmer would be known to the Boko Haram insurgents, who he said use satellite images to know the location of the Joint Task Force (JTF) and then using the cell phones to track down the farmers.
The group called on the federal government of Nigeria to investigate Bill Gates activities in Nigeria and not to sweep the allegations under the carpets because according to Njemanze, the group had very strong evidence to support its claims.