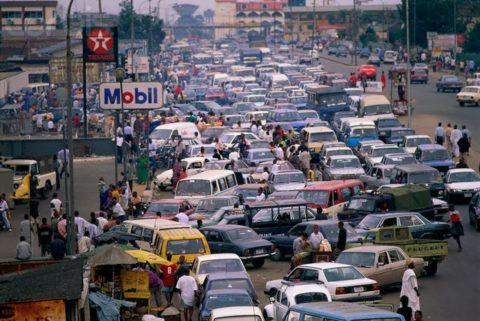 The United Nations has decried what it called the ‘alarming’ rate at which huge sums of money, totaling over $50 billion is channeled out of African annually.

Making the revelation on Thursday when he paid a courtesy call on the speaker of the House of Representatives, Rt. Hon. Aminu Waziri Tambuwal, UN’s deputy secretary general, Mr. Jan Eliason, said it is more regrettable because the money would have been used to develop the continent.

“Nigeria is also a world leader in building security, peacekeeping and economic development, and is a strong ally to the United Nations. Nigeria has also embraced its multiplicity as a resource and not a problem, and this is a role model for other African countries,” he added.

In his remarks, Tambuwal commended the UN for it’s support to the Nigerian economy and Africa as a critical part of the African Union 2063 Strategy.

According to him, the Nigerian parliament has played major roles in ensuring pro-poor policies that form the core focus of its activities.

These include through strengthening oversight of public service delivery, prioritising budgetary appropriation for pro-poor sectors and the creation of standing committees like that of the MDGs, Human Rights, and Hiv/Aids, Tuberculosis & Malaria Control, which focuses entirely on social development.

He added that the House is looking to partnerships that will facilitate investment in institutions especially those that will deliver services in health, education, water, strengthen data systems, access to justice and other critical factors that enable sustainable development.

On human rights , Tambuwal reaffirmed Nigeria’s adherence to the human rights, non-discrimination and non-violence and hope for the continued support of the United Nations.

“On 2015 elections, I would like to assure you and your delegation that the National Assembly is doing everything possible to achieve violence free and fair elections in Nigeria through amendment of the electoral laws,” he said.