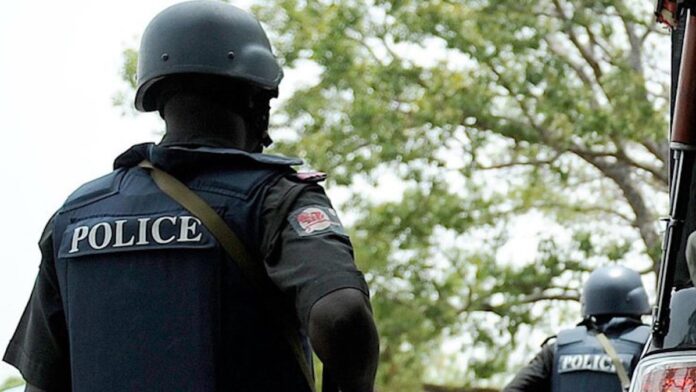 Policemen attached to the Ughelli ‘A’ division of the Delta state police command, on Monday, allegedly attacked and brutalised three journalists while returning from official duties.

The three journalists were identified as Andrew Unutame of Galaxy TV, Joel Grandball of Pointer Newspaper and Michael Veloh of an online news platform, Politicsgovernance.com.

They were reportedly attacked and brutalised on their way from the town hall meeting between the state governorship candidate of the All Progressives Congress, (APC) and Deputy Senate President, Ovie Omo-Agege and some selected religious leaders which they went to cover.

Narrating their ordeal in the hands of the police officers to the public, Unutame said, “I and my other colleagues, Joel Grandball, of the state-owned newspapers, The Pointer, and Michael Veloh of the Politicsgovernance.com, an online news platform were returning from an event when we encountered traffic congestion at Oduaran street junction, Ughelli.

“I came down from the vehicle to control the traffic to ease movement and to my surprise, the officer with the name tag, E.K Emmanuel and others cocked their guns and threatened to shoot at me.

“Before I knew it, the policeman pounced on me and began to fight me. And at this point, my colleagues came down from the vehicle to save the situation.

“As my colleagues were trying to bring the situation under control, other policemen around started attacking us. We were seriously hit with the butt of their guns; they slapped and kicked us with their shoes. As we were being attacked by the policemen, the DPO of the Ughelli ‘A’ Division, CSP Asanaenyi Ibok, stood and watched as we were been brutalised by his men.”

Corroborating his colleague’s narrative, Grandball said, “When I saw how the policemen were hitting my colleague, I went to plead with them that we were there to help in controlling the traffic. Before I could finish talking, the same E. K. Emmanuel slapped me, and his other colleagues hit me on the stomach with the butt of his gun.

“As if that was not enough, while we were narrating to the DPO, they brutalised us. Even in his presence, Emmanuel and others descended on us like common criminals.

“E. K. Emmanuel and other officers in the presence of the DPO threatened to kill us and boasted that nothing would happen while another officer in plain uniform said to us that they would only serve for a year (be jailed for a year) if they killed any of us.

“It was after the DPO was satisfied with the supervision of the brutality carried out by his men that he asked us to see him in his office the following day (Tuesday). Today, it happened to us in Ughelli; probably it might also happen to our colleagues that are on official assignments just like us because there are bad elements in the police force like E. K. Emmanuel and his colleagues everywhere in the police force.

“We are therefore calling on the Inspector General of Police and the Delta State Commissioner of Police, Ari Mohammed Ali to investigate this matter and bring the police officer, E. K. Emmanuel and his cohorts who attacked us to justice so as to serve as a deterrent to other disgruntled elements in the force who are bringing bad name to the force and to save the lives of journalists in the state from such elements in the future, especially in this electioneering period.”