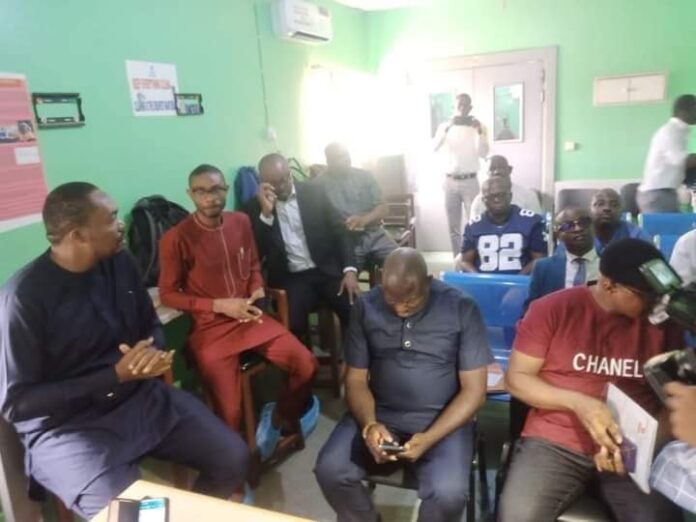 The suspended Transition Committee Chairman of Nnewi North Local Government Area of Anambra State, Mr Mbazulike Iloka, has been arrested and detained on the order of the Inspector General of Police, IGP Usman Baba Akali.

Mr. Iloka, who is currently detained at the State Criminal Investigation Department, Awka, Anambra State, was arrested under charges of culpable homicide, following the mysterious and sudden death of his wife, Mrs. Chidiebele Iloka.

Recall that Mr. Iloka, whose wife died five days after he was sworn as the Nnewi North TC Chairman by Governor Chukwuma Soludo, was suspended by the state government on Friday, pending the conclusion of investigation into the alleged murder of the wife, and to avoid any interference in the investigation.

The Spokesperson of the Anambra State Police Command, DSP Tochukwu Ikenga, who confirmed the arrest on Wednesday, however, called for caution from the public, saying that the case is being investigated, as an autopsy will prove the cause of the wife’s death.

Meanwhile, Governor Soludo has constituted a team of medical experts to conduct an autopsy to ascertain the actual cause of death of Mrs. Iloka.

It was gathered that the investigative panel, made up of medical professors and consultant histopathologists from within and outside Anambra state, had already begun the autopsy work at the Nnamdi Azikiwe University Teaching Hospital, Nnewi, where the body of the deceased was deposited and the autopsy is being

Speaking, the Commissioner for Health, Dr. Obidike said that Governor Soludo is very serious about the outcome of the autopsy, adding that he wants a process that would be very transparent and the truth made open.

Dr. Obidike called on the professionals to do their best to ensure that the every party involved in the matter is satisfied, adding that the autopsy is not for the dead but for the living to learn.

On his own part, the lead pathologist representing Anambra state government in the team, Dr. Gerald Forae, from the University of Benin Teaching Hospital, noted that the result of the autopsy, which will last for three hours, will be out in two weeks time.

He explained that when released, the result will pass through the right process and would be submitted to the state government through the Attorney General of the State.