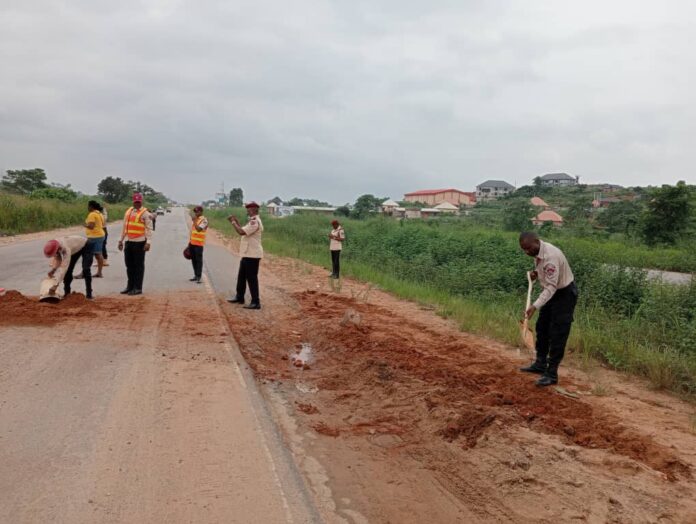 The men and officers of the Federal Road Safety Corps, FRSC, Anambra State Command, have embarked on a palliative work on some of the failed portions of the Awka axis of Enugu-Onitsha Expressway, as one of the measures to minimize road traffic crashes and hardship for the motoring public plying the area.

According to a statement issued by the Sector Commander, FRSC Anambra State, CC Adeoye Irelewuyi, through the Command’s Ag. Sector Public Education Officer, RC Margaret B. Onabe; the exercise is in line with FRSC 2022 Corporate Strategic Goals (1) and (2) of accomplishing 15% reduction in road traffic crash fatality and enhance road safety partnership for innovative intervention.

During the palliative work on Wednesday, some officers of the RS5.33 Nteje Unit Command and RS5.3 Anambra State Sector Command were seen packing sand with buckets and shovels to fill-up some of the potholes and failed portions of the expressway, adjacent to Tansian University, Umunya. 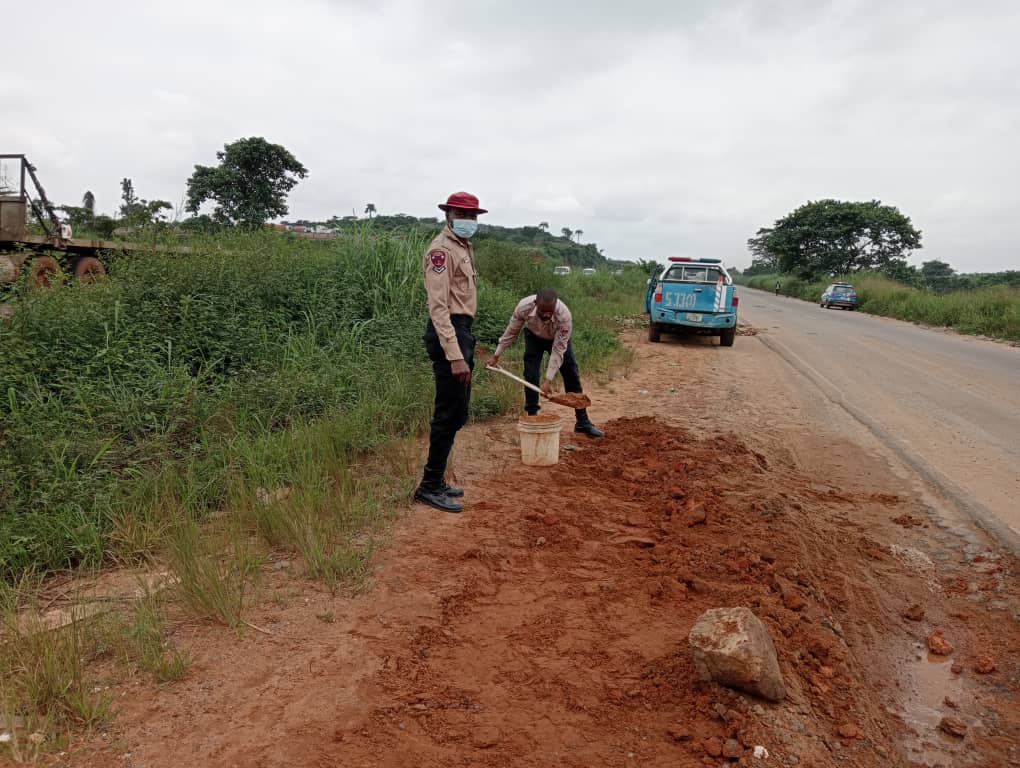 CC Irelewuyi, in the statement, noted that FRSC Anambra saw the need to intervene on the portion of the road because the failed portion has been road-traffic-crash-prone area and also constitutes nuisance to the motoring public for a while now.

“The team was led by DCC O. A. Awassam, DCC Operations Anambra State Sector Command; with the assistance of SRC E. Oguadimma, SRC Operations RS5.33 Nteje Unit Command and other officers and men from both Commands,” the statement added. 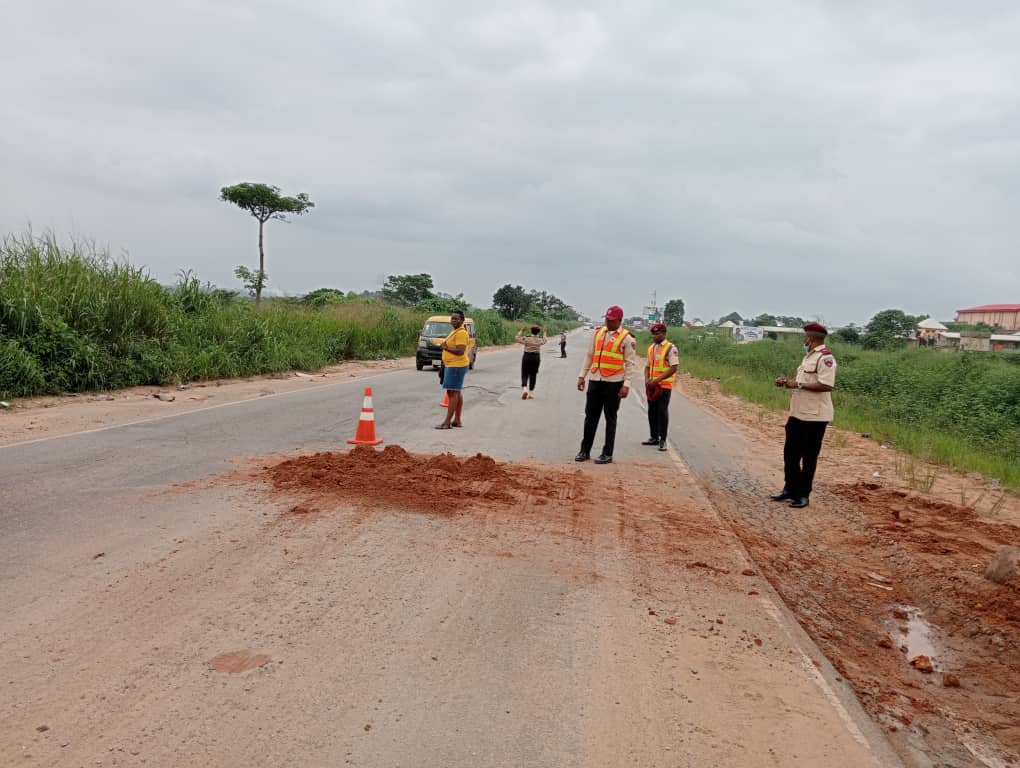 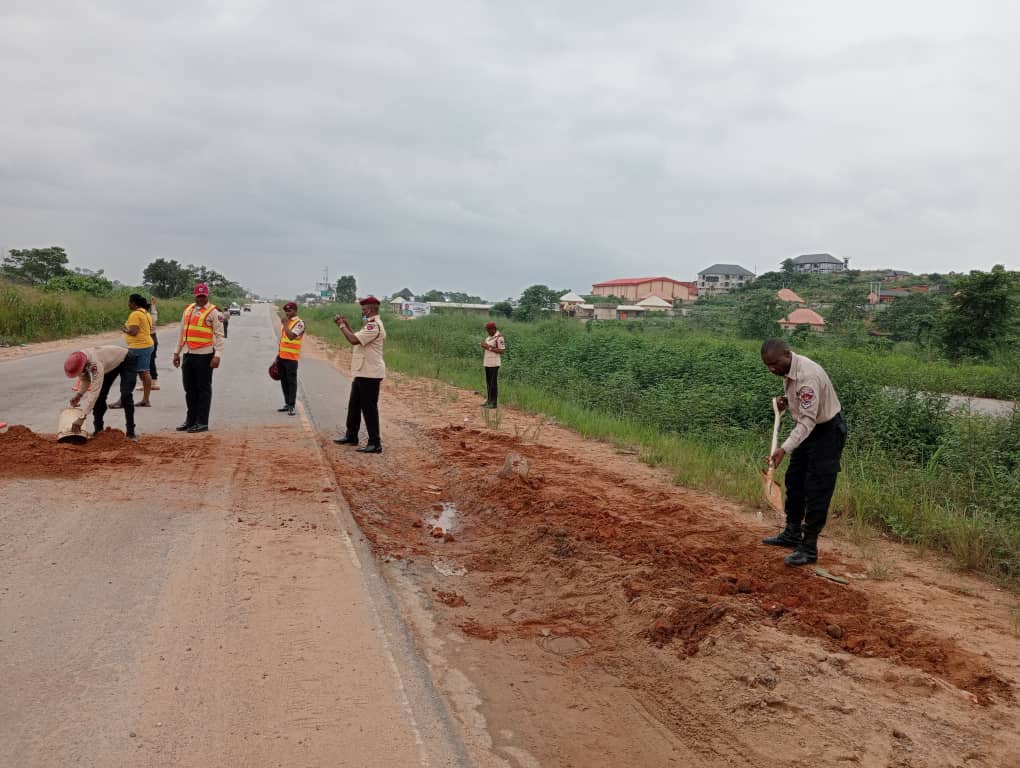 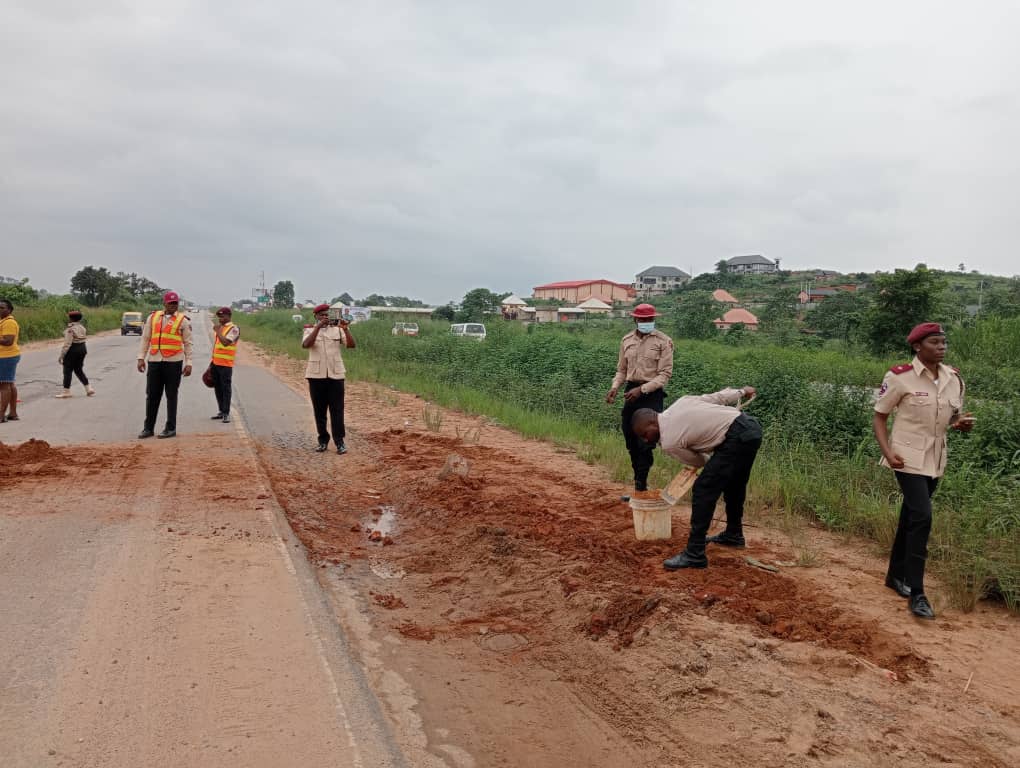 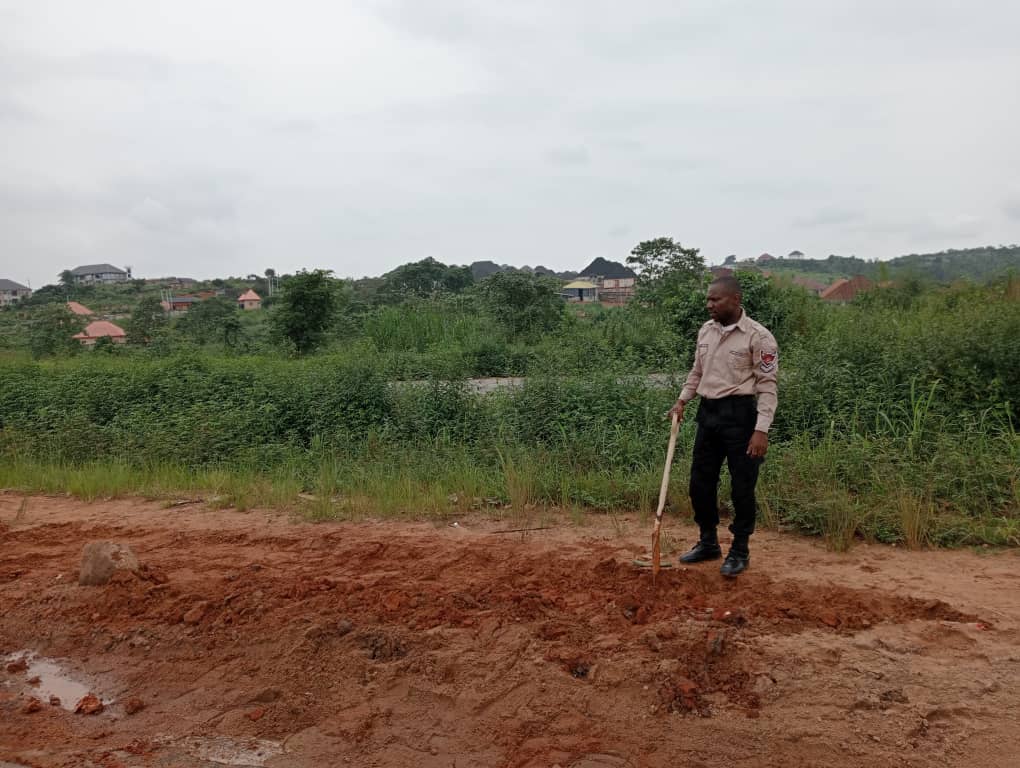 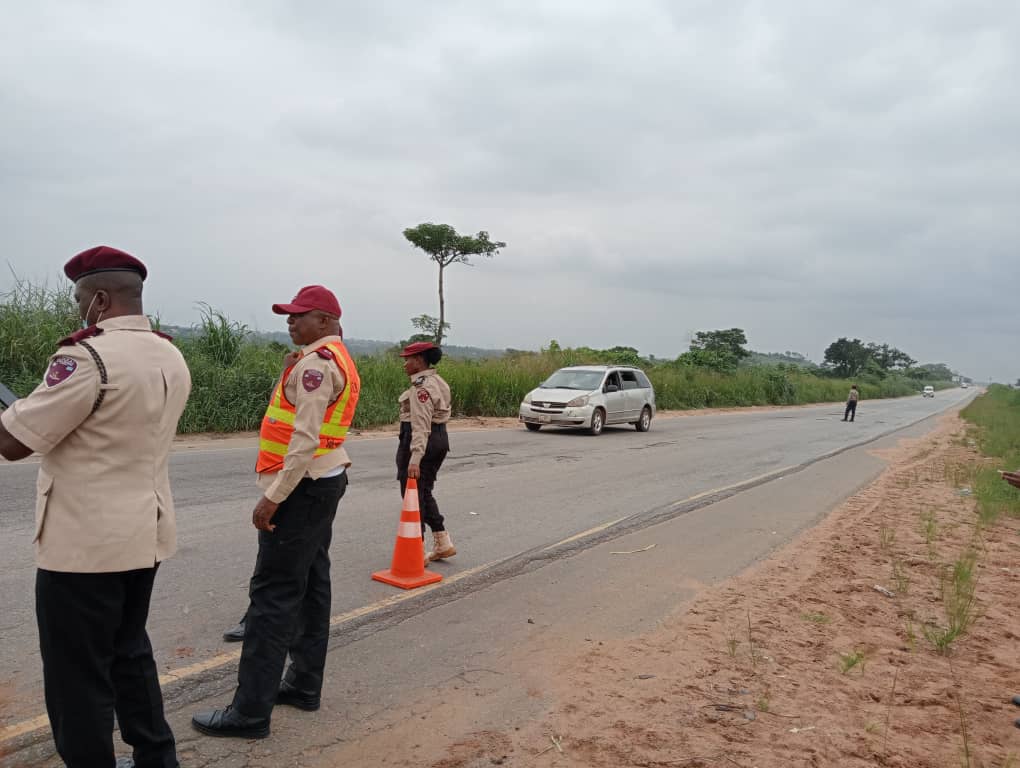 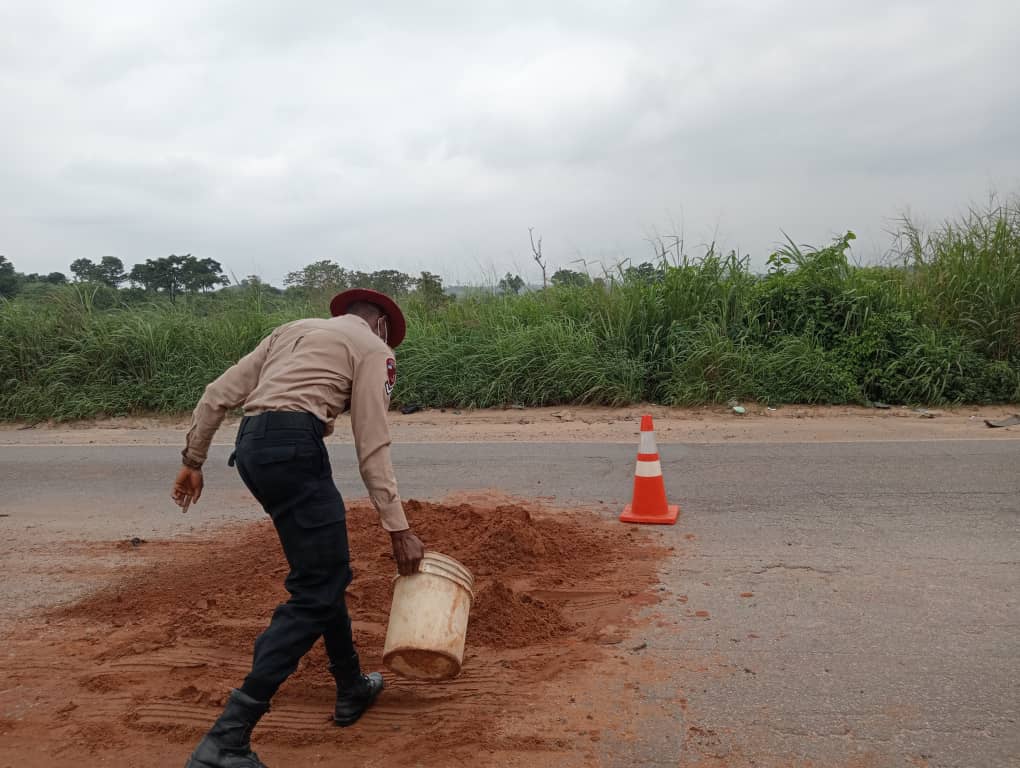 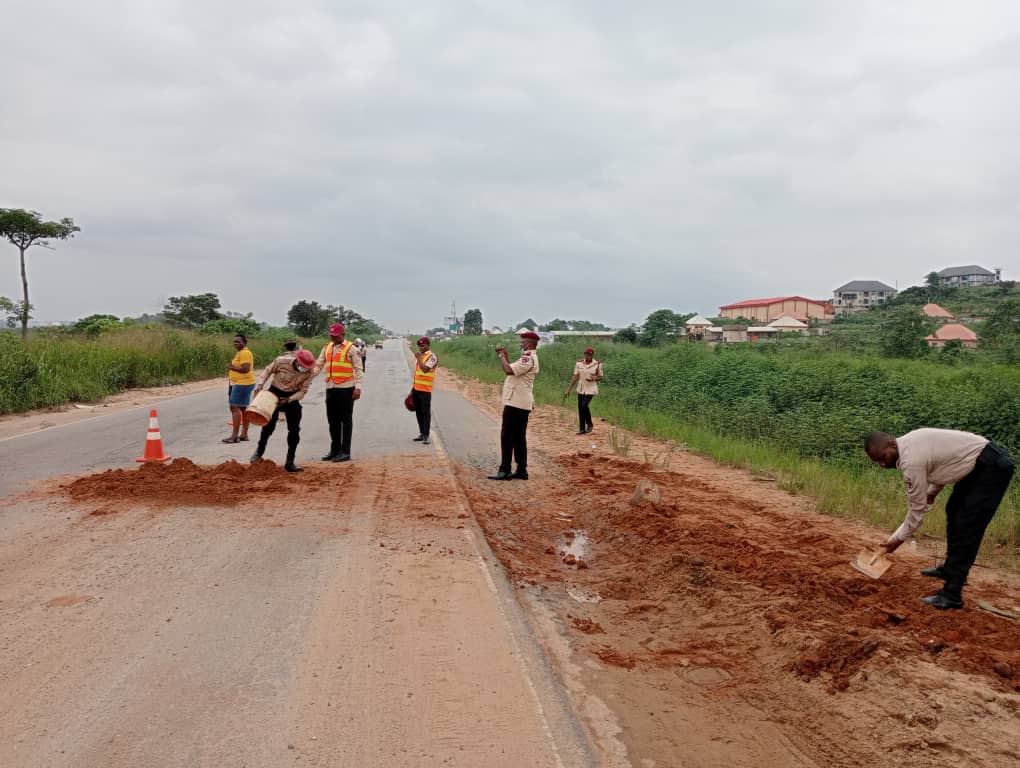