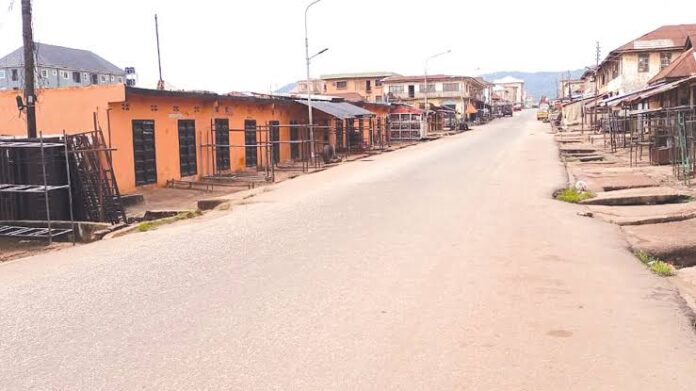 Some major roads are currently deserted while many shops have been closed up, as heavy gunshots currently badger in Ukpor, Nnewi South Local Government Area of Anambra State.

According to a source in the area, the gunshots have been ongoing since morning, while the residents of the community are currently in detained in their homes amidst fear and tension. The source also revealed that the gunshots are oozing from the scenes of an ongoing clash between suspected gunmen and soldiers who engaged them in shootout.

It was gathered that the heavy shooting, which is accompanied with detonation sounds, are mostly heard around St. John’s Church Ukpor, Amadim village and few other parts of the community.

The source, who also recorded the sound of the gunshots as a confirmation, while also advising residents and denizens of the community to exert caution or possibly avoid the community and its roads for now, to avoid falling victim of stray bullets or other form of danger that may result from the shootouts.

Efforts to get the reaction of the Spokesperson of the Anambra State Police Command, DSP Ikenga Tochukwu on matter proved abortive, as he was yet to respond to his message and call as at the press time.