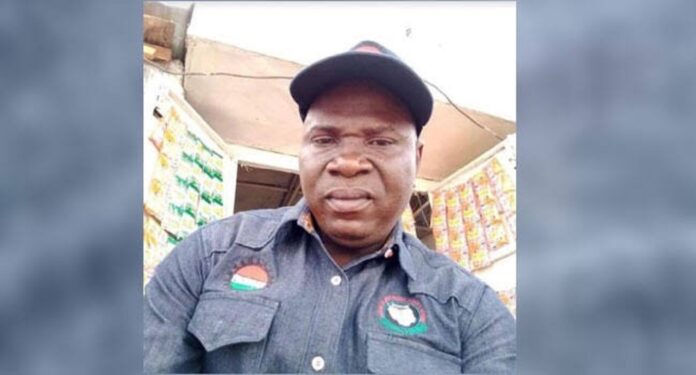 According to Channels Television, a family member confirmed the incident. Jediel was abducted in his house in Sunkani, Ardo Kola Local Government Area at about 12 a.m. on Sunday.

The family member said the abductors did not reach the family or placed any demand before his release as of the time of filing this report.

According to him, the kidnappers shot sporadically into the air to scare residents before whisking Jediel away.

The Police in the state were yet to issue any official statement on the incident. David Misal, a Deputy Superintendent of Police (DSP) and police spokesperson in the state declined comments as he said he could not confirm the report.

Meanwhile, Danjuma Adamu, Taraba State Commissioner for Information and Reorientation, confirmed the incident and prayed for the safe return of the NLC chairman to his family.

He said the administration of Governor Darius Ishaku was committed to ensuring the protection of its citizens’ lives and property.

Taraba State is one of the major states in Northeast Nigeria facing incessant kidnappings and other forms of insecurity.

In January, at least 26 people were reportedly abducted along Wukari-Takum road in the state.

In December 2020, a lawmaker representing Nguroje constituency in the Taraba State House of Assembly, Bashir Bape, was also kidnapped but later freed.