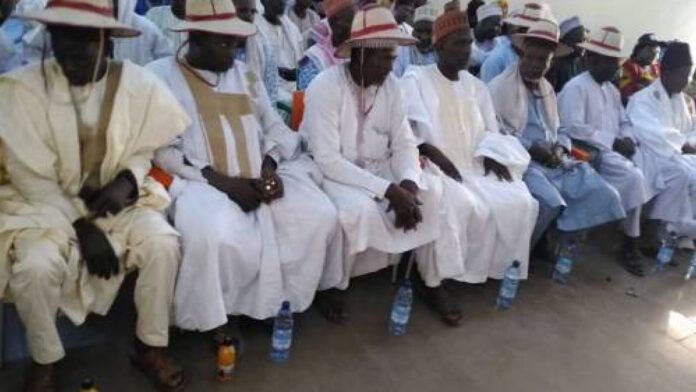 Following a protest by EndSARS in some States of the federation that throws the country.Into a serious pandemonium, Bauchi State Chairman, Miyyatti Allah Cattle Breeders Association of Nigeria (MACABAN) Alhaji Ibrahim Ahmed Sadiq has disclosed that the panacea to avoid future occurrences government and  members of the society should be up and doing in handling security matters.

Speaking exclusively in an interview in his office, Alhaji Ibrahim Sadiq said that, for Nigeria to achieve it security challenges all hands must be on deck, saying that government should be able involve all stakeholders while security agencies should be up and doing in handling early warnings and be sensitive on security information at their disposal.

According to him, the issue of kidnapping, cattle rustlers, banditry and other crimes perpetrated in the society, “if you look at the issues of security, the federal government have not been living up to expectations. So many people would be arrested , detained but at the end of the day they will be subsequently releases and that is not serving as a deterrent to others. People need to be aware of the danger of harboring a criminal because when he finished with the people out there he will come back to your own domain and he will be commiting the same crime and that will affect you”.

The Chairman said that if Nigeria would improve on its economic and engage more youth it would reduce in security.

He said that Nigeria economic have crumble to a worsen situation that people are living from hand to mouth. A situation where people who are living on daily jobs have no work to do any longer and I return these have impact on the activities of criminally.

He alleged that, “All the economic measures introduce by Federal government are only on papers. As a farmer and a cattle rearer if I tell you all the policies made by government for farmers is not there they only bring it on papers even the CBN agric grant made for farmers the poor man cannot access it because of the condition attached to. Government should look at ways to help the poor people at the lower level so that it will reduce hardship on people and probably end or reduce insecurity”.

Speaking on EndSARS, Ibrahim Sadiq said, “any body that break into any warehouse be it government or private he or she should be deal with immediately according the provision by law because it is unlawful to broke into any Warehouse that doesn’t belong to you and the issue of fundamental right should not arise because the broke the law first”.

“If I were the President, any body that participated in the looting of property I will measure I deal with the person do that it will serve as a deterrent to others. The have the right to protest when things are not okay but there is a legal way to protest and registered your grievances but the way it was in some States in Nigeria that was purely criminal activities.