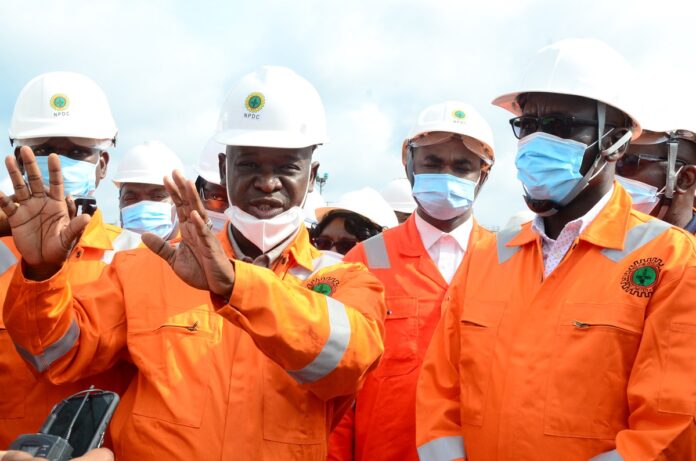 The Nigerian Petroleum Development Company (NPDC), an Exploration and Production subsidiary of the Nigerian National Petroleum Corporation (NNPC), is looking at boosting its gas supply to the domestic market by 600million standard cubic feet per day (mmscf/d) in the next three to five years.

Speaking on the medium term projection of the company which is currently the highest supplier of natural gas to the domestic market, the NPDC boss said besides the 1billion standard cubic feet per day (bscf/d) it currently produces, the company would add another 600mmscf to its production portfolio in the next three to five years.

Giving a breakdown of the projection, Sambo said the company’s OML 34 was expected to deliver 360mmscf/d, while OMLs 42 and 111 would deliver 120mmscf/d apiece.

He stated that NPDC has revved up production in OML 111 by 2,100barrels per day (bpd) of crude oil and 27mmscfd of gas, thereby increasing cumulative production from the acreage to 10,699bpd.

Sambo, who also announced the successful drilling of Well 16 in OML 111, said the well was essentially for gas with associated crude oil, adding that the plan was for the Gas Plant to be fed from the well.

On the Gas Handling Facility, the NPDC boss disclosed that the Liquefied Petroleum Gas (LPG) unit would be ready for commissioning in October, 2020.

Speaking at the occasion, Mallam Kyari described the development as a significant step towards growing the nation’s crude oil reserves and increasing production, stressing that more of such was needed to meet the target of 3million barrels per day production and sustain the nation’s economic growth.

“This gas facility in particular will deliver at least 240 metric tons of LPG to domestic market within a year and that is a very significant fraction of current level of supply into the market. It will ease the spending on foreign exchange by the country. This is monumental and underscores government efforts of making sure that this is the year of gas. The gas is the cheapest and easiest way of getting development in this country,” the GMD enthused.

He congratulated the Management and staff of NPDC for fast-tracking the completion of its Liquefied Petroleum Gas (LPG) Gas Plant, reiterating that gas development was key to the nation’s quest for industrialization.