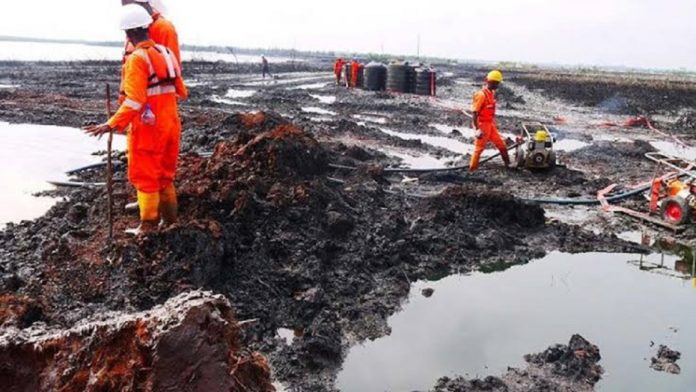 The Movement for the Survival of the Ogoni People (MOSOP) has alleged fresh Plots by the Nigerian oil industry to kill the Ogoni people.President of MOSOP, Fegalo Nsuke, made the allegation on Friday in Abuja while reacting to calls to force oil production in Ogoni against the wishes of the Ogoni people.

The MOSOP President, Fegalo Nsuke said the plans and sponsored media campaigns calling for forceful oil production in Ogoni were unfair, an act of repression and a clear plot to kill the Ogoni people because the sensitive nature and position of the Ogoni people are well to government and the oil industry.

Nsuke further said the Ogoni people were coming out of a painful and traumatic past and their painful experiences need not be repeated except for a deliberate plot to kill the Ogoni population.

Moreover, we are struggling to recover from the massive military repression of the past and the government should not be so inhuman and callous to fall for any plot to forcefully resume oil production in Ogoni against the wishes of the people as there cannot be any justification to kill people for oil, Nsuke said on Friday.

Nsuke urged the Nigerian authorities not to yield to the temptation of allowing state-backed repression against the Ogoni people. He noted that the experiences of the Ogoni in Nigeria had been awful leading to the death of over 4,000 people in Shell and State sponsored military raids.

“The killings in Ogoni by Shell and the government in the past are very painful experiences and those are not what the Ogoni people will ever want to go through again” he said.

The MOSOP leader urged the Nigerian government not to allow further military clampdown and killings in Ogoni noting that Ogoni demand for justice was fair and deserved proper attention.

He further noted that the Ogoni people have proposed a dialogue with the government and the oil industry to encourage a peaceful resolution of the problem. The MOSOP President urged the Nigerian Government and Shell to accept MOSOP’s proposal for peaceful negotiations on the way forward on the Ogoni problem.

He urged the government to comply with the basic Ogoni demands including:

3. A halt to  further military attacks on Ogoni and its human rights campaigners particularly the unwarranted assaults on the leadership of MOSOP.

4. A demand for Shell and her joint venture partners to properly cleanup the massive crude oil related pollution in Ogoni and compensate the Ogoni people for environmental damages and livelihood losses due to their reckless business practices.

Nsuke said the Ogoni people were committed to a peaceful resolution of the problem but insisted that the rights of the Ogoni people must be respected and the issues of Ogoni development should be negotiated in a way that offers benefits both to the Ogoni people and the country at large.