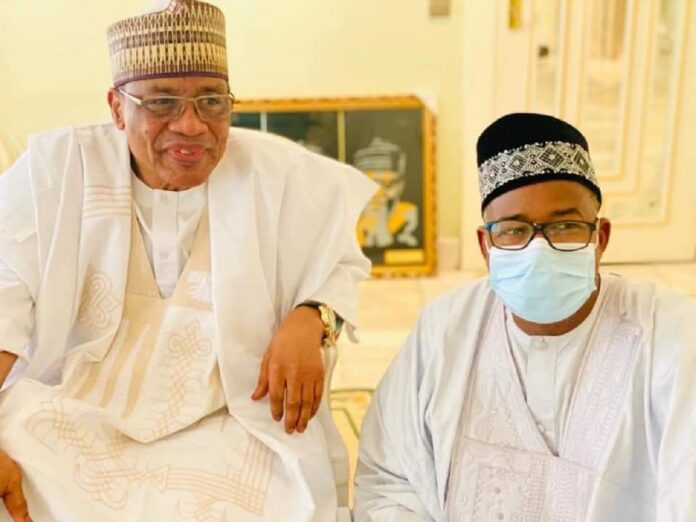 …Identifies him as one of the remarkable leaders of Nigeria

Governor Bala Abdulkadir Mohammed of Bauchi state has joined millions of Nigerians in felicitating with the former Nigerian Military President, General Ibrahim Badamasi Babangida Retired at this auspicious occasion of the celebration of his 79th birthday Anniversary.

A statement signed and distributed to news men in Bauchi by Muktar Gidado Senior Special Assistant on Media to the Governor  said Governor Bala Mohammed described General Ibrahim Babangida as a beacon of hope , strength and excellence who contributed immensely  to the growth and development of his country (Nigeria).

He said the life of the former Military President had gave Nigeria hope at its trying moment  , as his selfless service to the nation and humanity will forever be remembered.

“On behalf of my family, the Government and good people of Bauchi State, I felicitates with our leader on his 79th birthday Anniversary.”

“IBB is one of the remarkable leaders of our dear country because of his immense contributions to the development of our Nation. His life has truly been a lifetime of achievements and invaluable contributions.

He said, at his 79th birthday anniversary, the elder statesman remain a mentor, a dedicated compatriot that truly loves Nigeria and what it stands for.

The Bauchi Governor prays that the Almighty Allah in his infinite mercy will continue to strengthen and guide him in good health and wisdom  to provide  leadership to the nation for the overall  growth and advancement of its people.